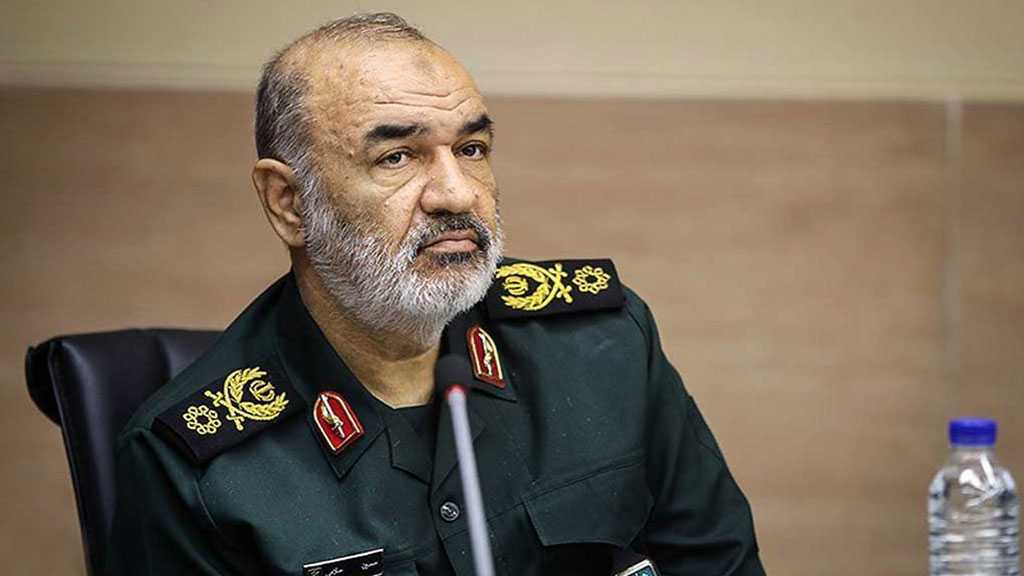 Speaking at a ceremony in Tehran on Sunday to unveil a domestically made military communication system, dubbed “Sepehr-110”, Major General Salami described the role of communications in various areas as “significant and strategic” and said, “Communications are known as the brain and nerves of the armed forces.”

The ability to link all the components of a defense system and transmit messages instantaneously can be reached by “communications”, he said.

The process of commanding, managing and controlling different levels of tactics, operations, and strategies can be facilitated through communications, Salami added.

The IRGC chief described the communications as “one of the most essential tools of the armed forces” and said, “We are breaking the major powers’ monopoly of advanced communication technologies.”

Developed by IRGC experts, the Sepehr-110 is expected to enhance the mobility of command and control systems used by the IRGC forces.

The communication system can be mounted on various military equipment on the ground, in the sea and in the air, particularly in offensive operations.

The locally-manufactured system can fulfill commanders’ communication requirements in strategic, tactical or battle operations, in offense or defense, and in contingencies.

Using a wide range of technologies for digital communication in various circumstances, Sepeher-110 can work on different bandwidths to transmit voice, images, and data.