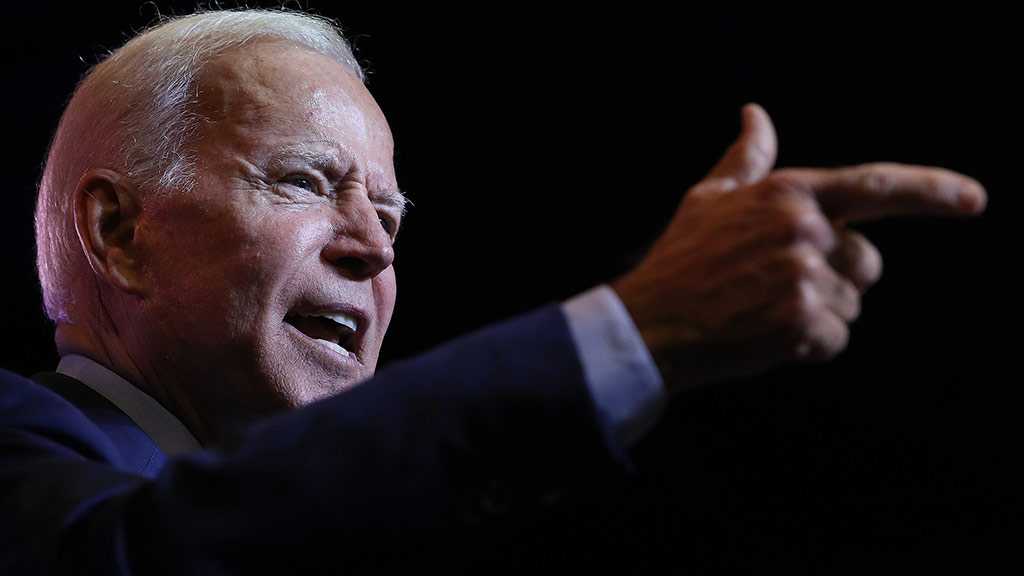 Biden meanwhile admitted he wasn’t prepared for the attack by rising challenger Senator Kamala Harris on his historic handling of race issues in the first primary debates last week – and said Donald Trump was a bully and he would “smack him in the mouth”.

The former vice-president, sounding defensive and angry at times, casual and confident at others, suggested the policies of the new socialist-leaning breakout stars of the party, such as the New York representative Alexandria Ocasio-Cortez, would not prevail in key swing states needed to retake the White House for the Democrats in 2020.

Seeking to reignite his campaign after a faltering performance in the first presidential primary debates, Biden suggested policies from “way left” did not have widespread support.

“It’s center-left, that’s where I am,” he said of the Democratic Party, during an interview with CNN broadcast on Friday morning.

Biden also returned to the type of aggressive warnings to the president that have received criticism in the past, saying Trump was a bully, a kind Biden said he was very familiar with, and suggesting: “I’d smack him in the mouth.”

Facing robust competition for the 2020 nomination on the left from Senators Bernie Sanders of Vermont and Elizabeth Warren of Massachusetts, Biden pointed to the 2018 midterm elections, when the party retook control of the House of Representatives after moderate Democrats unseated a series of Republicans in swing districts.

“I think Ocasio-Cortez is a brilliant, bright woman, but she won a primary,” said Biden. “In the general election fights, who won? Mainstream Democrats who are very progressive on social issues and very strong on education and healthcare.”

Biden defended his comparatively moderate position on healthcare, which he claimed would “cost a hell of a lot less” than universal publicly funded plans such as Medicare for All that are proposed by some of his opponents.

While the former vice-president has not set out a detailed healthcare plan, he told CNN his proposal would make Medicare “an option for anybody who in fact wants to buy into” it. “But if they like their employer-based insurance, which a lot of unions broke their neck to get, a lot of people like theirs, they shouldn’t have to give it up,” he said.

Biden also appeared to dismiss proposals supported by some of his opponents to forgive the student loan debt owed by millions of Americans and to decriminalize entering the US without authorization, which is a particularly hot topic in light of the furor over Trump administration immigration policies at the US-Mexico border.

But he reiterated his support for funding emergency healthcare for undocumented immigrants in need of treatment.

Pressed by Cuomo on whether he was equipped for a potentially bruising general election contest with Trump if nominated, Biden dismissed the president as “the bully that I knew my whole life” and boasted aggressively about taking him on.

Biden has been criticized by Republicans since 2016 for repeatedly saying of Trump that he wished he could “take him behind the gym and beat the hell out of him”. Biden once clarified his remark by saying he would only do so if the two septuagenarians were still in school, stressing: “I want to make it clear I understand what assault is.”

The former vice-president appeared unsettled by the strident criticism he faced during the first debate from Senator Kamala Harris, the former state attorney general of California, who assailed him for failing to support the federally mandated bussing of black children during the 1970s to racially integrate schools.

“I was prepared for them to come after me, but I wasn’t prepared for the person coming at me the way she came at me,” Biden said, noting that Harris knew him and had known his late son, Beau.

Biden has lost ground in some opinion polls on the primary field since the debate, while Harris has appeared to receive a boost in support.

Biden said his past position on the desegregation fight had been distorted but maintained: “Bussing did not work.”

Biden appeared to pledge that he would not use opposition research against his Democratic opponents, saying the candidates should be “debating what we do from here” rather than digging up dirt.

“I get all this information about other people’s past and what they’ve done and not done. And, you know, I am just not going to go there,” he said.