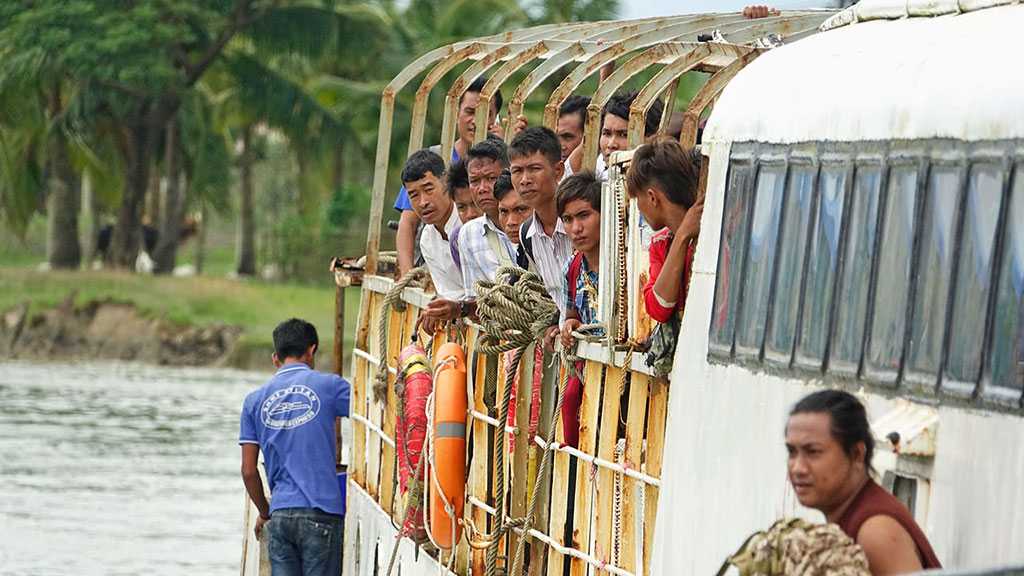 Hundreds of thousands of Rohingya Muslims in Myanmar are living in concentration camps and urban ghettos like those in Nazi-occupied Europe, a UN investigator said.

Christopher Sidoti, a member of the UN fact-finding mission into crimes against the Rohingya that last year accused Myanmar’s military of genocide, warned the crisis is far from over for the persecuted minority.

Sidoti said 128,000 people forced from their homes by violence are now in camps in central Rakhine and urban ghettos, living in conditions that he likened to those endured by Jewish people under the Nazis.

Rohingya people remaining in Myanmar live in villages where their movements are severely curtailed and their rights to get married and have children are strictly controlled, he said.

“There are concentration camps – let’s call it what it is – with 128,000 internally displaced people in central Rakhine, outside Sittwe,” said Sidoti.

“In Sittwe, there are three areas where Rohingya people live and they have become urban ghettos like those Jews lived in under Nazi-occupied Europe.”

Sidoti, a keynote speaker at a conference on the Rohingya crisis at University College London on Thursday, added: “The mass expulsions and shootings may have stopped, the military may have achieved their purpose – the makeup of the Rakhine state has changed – but the crisis is not over.”

“We said a year ago there were circumstances to give rise to an inference of genocidal intent,” Sidoti said.

“What has happened in the past two years has strengthened the genocidal intent. Villagers are still isolated, and their movement restricted; fishermen can’t go to fish and kids can’t go to school. They need written permission from the authorities to travel any distances, and permission to marry and have children. You might need six different written approvals, from six different authorities, to go to hospital. The whole thing has been calculated to watch them fade away.”

Sidoti said he expected the panel’s new report, which will be published in the next few months, to say that the inference of genocide has “strengthened”.

His comments came as the UN warned that civilians in Rakhine and Chin states may be suffering fresh war crimes and human rights violations.