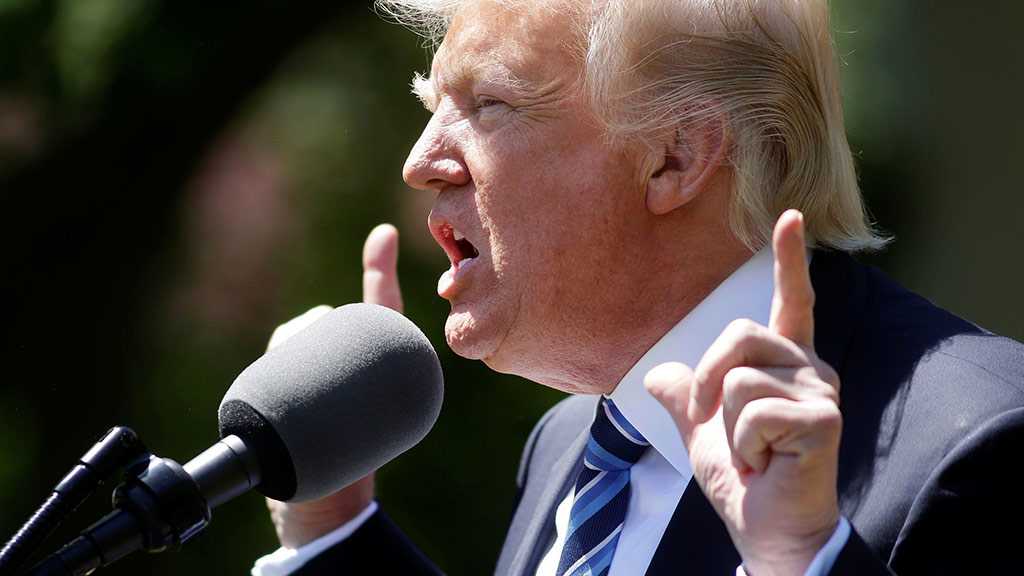 US President Donald Trump has threatened Iran with being bitten worse than ever before in response to Iranian President Hassan Rouhani’s comment on Wednesday that he will order uranium enrichment to high amounts in the coming days.

In early May, Rouhani had given the world until July 7 to relieve the Islamic republic’s economy from US sanctions in the nuclear standoff or face Tehran reducing its compliance with nuclear restrictions.

Until now, such threats from Trump seemed to put even the most powerful countries on edge and convince them to at least entertain a new path that he was pressing for.

But has Iran now exposed Trump as more bark than bite?

Certainly. But the purpose of the pressure campaign was always to get Rouhani back to the negotiating table for a better nuclear deal than the 2015 one.

America blinked once in mid-June about responding to Iranian force with force, after the Islamic republic shot down an expensive US drone.

In response, Trump ordered a very limited military strike on three Iranian targets – which he then called off, settling on mere additional sanctions.

In baseball, that is called a whiff – a swinging strike.

But that is not the largest aspect of the US “blink.”

The larger one went almost completely unreported until just a few days ago, when Sen. Marco Rubio (R-Florida) and a few media organizations started to report that China had received a million barrels of Iranian oil about two weeks ago.

All of this is following a June 28 statement to Reuters and other media by Fu Cong, director general of the Chinese Foreign Ministry's Department of Arms Control, that: “We reject the unilateral imposition of sanctions and for us, energy security is important.”

So China is not saying out loud when it is importing oil from Iran; it appears to be trying to do so in a way that avoids directly embarrassing the US, but it is also being clear that it views the sanctions as improper.

What is fascinating about this development is that China did drop its imports of oil from Iran to zero in May and for half of June.

This initial drop in oil imports from China seemed to surprise Iranian officials.

But it seems – based on China-US trade negotiations and Iran's June 17 announcement that it would breach the nuclear deal's 300-kilogram limit by June 27 – that China reversed course and started to again accept Iranian oil.

Or it could be that China was very creative and never really stopped.

There were reports of a spike in shipping oil from Iran to China in April, leading up to the early May imposition of Washington's zero-oil sanctions.

It's possible that China imported extra oil from Iran in April to cover the following six-week period. Or maybe by combining the April spike with a possible current spike, Beijing may have made Tehran whole from any missed imports.

Such a tightrope strategy would have given the Trump administration a chance to look tough, while China could return to its long-term importing relationship with the Islamic republic once the issue had quieted down a bit.

And even during the six weeks when it was not importing Iranian oil, China always made it clear that it viewed US sanctions as invalid.

On Wednesday, Politico reported that the US State Department is officially considering giving China a special kind of waver based on the idea that it is not “importing oil for purchase,” but merely using oil imports from Iran to allow Tehran to pay off debts that it owes Beijing for various investments.

Call the oil purchases whatever you want. But even before the Politico report, the fact is that China was importing Iranian oil, the US administration has known about it, and for nearly two weeks it has done nothing.

If China can find a loophole to US oil sanctions on Iran, then why not India – and maybe South Korea, Turkey and even the EU?

And what new pressure can the US put on China, when it is already in a broader trade war that it is looking to end?

None of this means, however, that American sanctions on the Islamic republic will end.

But all Rouhani needs is enough oil exports to keep the economy afloat as Iran continues to escalate its nuclear deal violations and draws closer to November 2020, when it may be greeted by a new – and friendlier – US president.

Nearly all US democratic presidential contenders have said that they would return the US to the nuclear deal. Whether that is realistic or not, it seems clear that any US president besides Trump will take a lighter tone with Iran.

Trump is always unpredictable, and tomorrow he might toss away his new progress in trade talks with China, or finally order a US military response to Iranian military actions.

Absent a major change, however, it is not clear why Trump believes his current threat to “bite” Iran will be taken seriously. This will mean that the decisive point could not come until the November 2020 US elections.