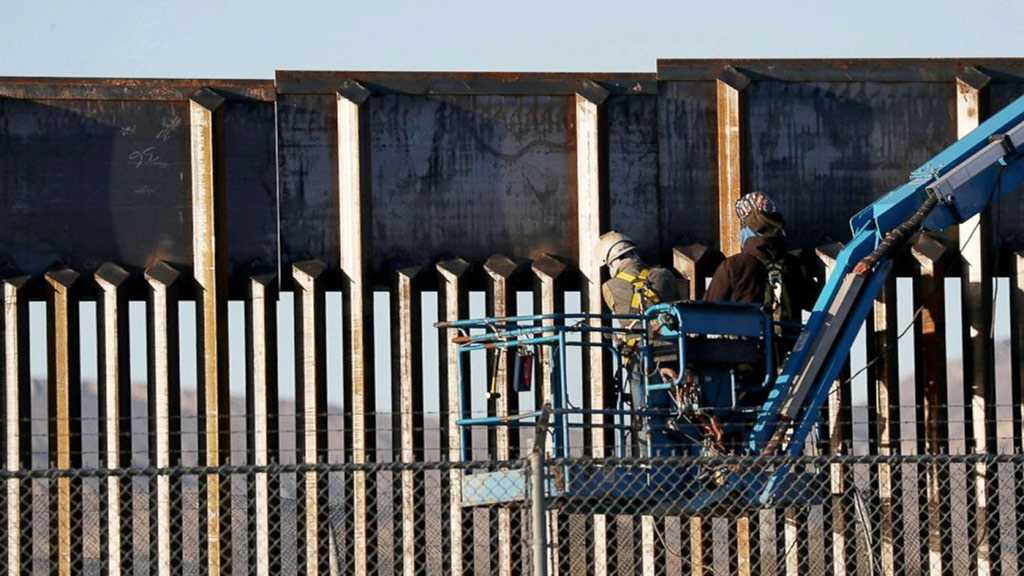 The US 9th Circuit Court of Appeals on Wednesday upheld a freeze on using Pentagon money to build a border wall with Mexico, local media reported.

A three-judge panel of the 9th US Circuit Court of Appeals in San Francisco agreed with a lower court ruling that prevented the government from tapping War Department counter-drug money to build high-priority sections of the wall in Arizona and New Mexico, AP reported.

Caravans of migrants from Central American countries seeking asylum began moving toward the United States through Mexico in the fall of 2018. US President Donald Trump called the surge of arrivals a "crisis" and declared a national emergency in February in an unsuccessful attempt to secure funds for the construction of a border wall to help stop illegal immigration.

After Congress refused to provide Trump with anything more than $1.4 billion for new fencing on the US southern border, the president declared a state of emergency at the border to re-appropriate around $6.1 billion from the War Ministry's projects and programs.

The House of Representatives went to court, claiming that the re-appropriation of funds violated the principle of separation of powers as it is the Congress that is responsible for the allocation of state funds.

US Federal judge and a Trump appointee Trevor McFadden rejected the motion of the lower chamber to prevent the president from drawing billions of dollars from state resources to fund the construction of the wall.

In June, the US Senate passed its own version of a $4.6-billion southern border humanitarian aid bill which seeks to address the influx of migrants arriving at the US border with Mexico before funding runs out in July.

Trump said that he was not happy with the House humanitarian aid bill as it does not include money for border protection.

The construction of the wall on the US-Mexican border is a primary linchpin in Trump's campaign pledges.