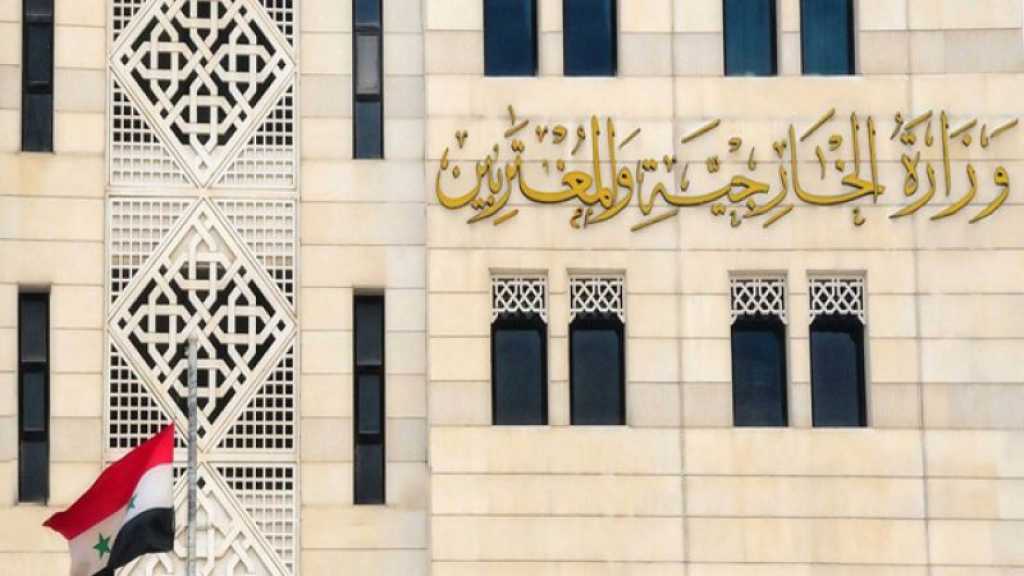 Syrian Foreign Ministry urged the United Nations to take the necessary measures to stop the apartheid entity’s repeated acts of military aggression on the Arab country after four people lost their lives in the latest such airstrikes.

“Israeli” warplanes fired missiles at areas in the capital, Damascus, and its countryside as well as the province of Homs at 12.35 a.m. local time on Monday from Lebanese airspace, leaving four people, including a baby, dead and injuring 21 others, most of them women and children, the ministry said.

In two identical letters to UN Secretary-General Antonio Guterres and the head of the UN Security Council [UNSC], the ministry slammed the air raids as a “flagrant violation” of UNSC Resolution 350 of 1974 on the disengagement of forces between the two sides.

Tel Aviv would not have been able to push ahead with such a “dangerous hostile approach” if it had not been for the US administration’s “unlimited support” as well as the regime’s “immunity from punishment” provided by Washington and certain Security Council members.

Damascus further urged the Security Council to shoulder its responsibilities and “take immediate and decisive” steps towards preventing the Tel Aviv regime from repeating such attacks.

The “Israeli” entity frequently attacks Syria and continues to breach its sovereignty. Such aggressive moves are usually viewed as attempts to prop up terrorist groups suffering defeats on the battlefield against Syrian army forces and their allies.