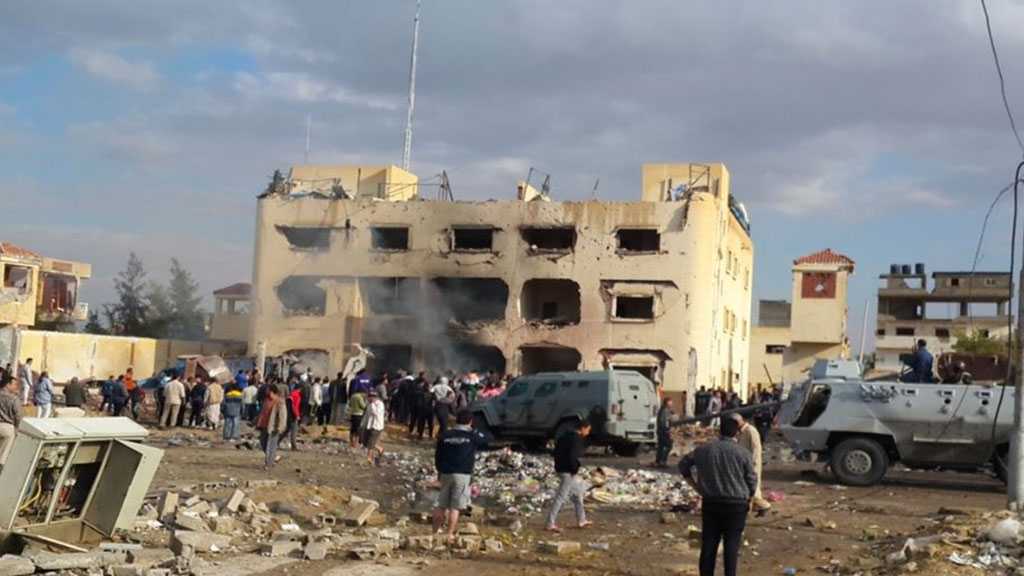 It was not immediately clear which side fired the shell in Abuel-Lehteni village in the coastal city of el-Arish.

Earlier, security forces thwarted attacks on at least five police checkpoints, including one outside the only church in the city, the officials said, adding that at least two militants were killed and a policeman wounded.

The officials spoke on condition of anonymity because they were not authorized to brief reporters.

Egypt battled terrorists for years in the Sinai Peninsula in an insurgency that has occasionally spilled over to the mainland, striking minority Christians and occasionally tourists. The insurgency grew deadlier and militant attacks more frequent after the military's 2013 ouster of elected president Mohammad Morsi.

At the center of the conflict is a Daesh [the Arabic acronym for terrorist ‘ISIS/ISIL’ group] affiliate based in Sinai. The Egyptian militant group swore allegiance to Daesh at the height of its power in Iraq and Syria in 2014. Daesh has now been mostly defeated and all the territory it once controlled in both Syria and Iraq taken back and liberated.

In Egypt, an all-out campaign by the military since early 2018 has mainly halted high-profile attacks by Daesh and other militants.

Wednesday's incident came a day after seven policemen, including an officer, were killed also el-Arish. A local affiliate of Daesh claimed responsibility for those attacks on police checkpoints. The Interior Ministry said eight policemen were wounded and four militants killed, including a suicide bomber after his explosives were set off.