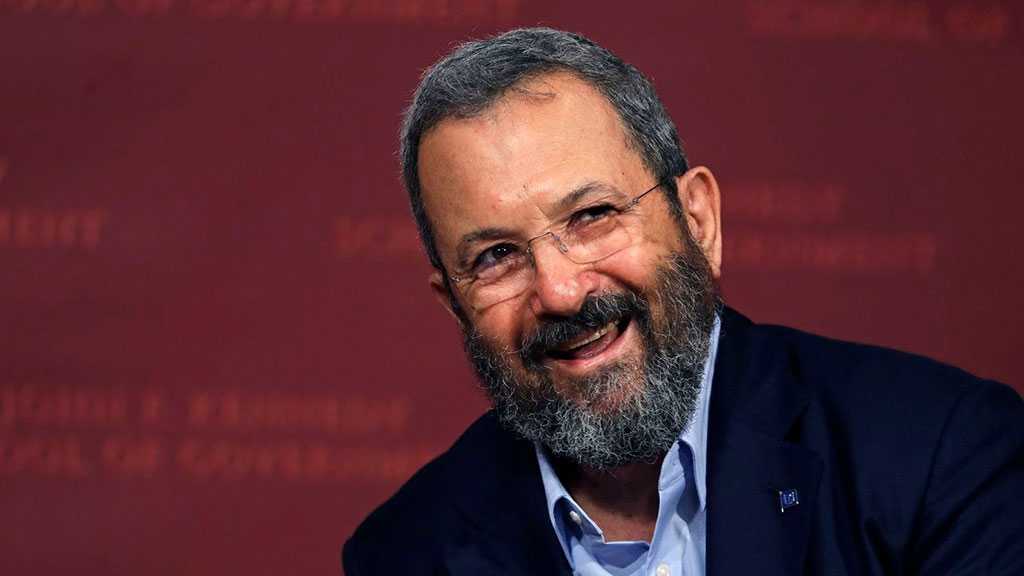 Speaking at a press conference in Tel Aviv, Barak slammed Benjamin Netanyahu and unveiled his new political movement, calling it a response to the apartheid entity prime minister's recent move to consider the canceling of the September 17 elections.

“All ‘Israeli’ citizens need to remember who was behind these elections," said Barak, adding that it was only "the grave circumstances" that led him to the decision.

Barack further added: “The future of the Zionist movement is on the line here,” and called upon Netanyahu to resign of his own accord before it is too late.

"As your former commander, I tell you, Netanyahu, you cannot continue … your time as a political leader is over," said Barak.

Barak served in office until 2001, when he was defeated by Likud leader Ariel Sharon in a special election for the prime minister of the entity following the outbreak of the Second Intifada.

In 2007 he was appointed war minister by then-prime minister Ehud Olmert, and in 2012 announced his retirement from politics.

Earlier this week, it was reported that former “Israeli” deputy chief of staff Yair Golan is working with Barak to establish the party. Golan spoke in the press conference and slammed the repeating attacks on the apartheid entity’s left.