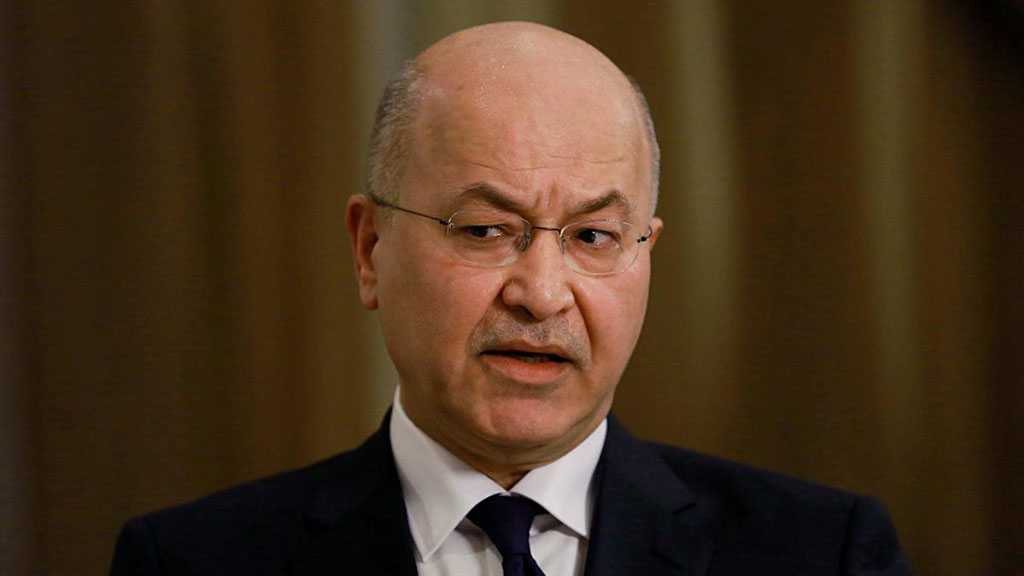 Baghdad will not allow Washington to use its military bases to launch an attack on Iran, Iraqi President Barham Salih stressed, thrashing US President Donald Trump's warmongering policies towards the Islamic Republic.

“We do not want our territory to be a staging post for any hostile action against any of our neighbors, including Iran,” Salih told CNN, noting that there is no agreement between Baghdad and Washington that could make Donald Trump think he can use it as such.

In February, Trump said that around 5,000 soldiers should remain in Iraq to keep a close “watch” on Iran. While at the time Trump said he would not use Iraq as a springboard to strike Iran, the growing US vendetta against the Islamic Republic could see all American assets in the region drawn into the confrontation, should large-scale conflict erupt.