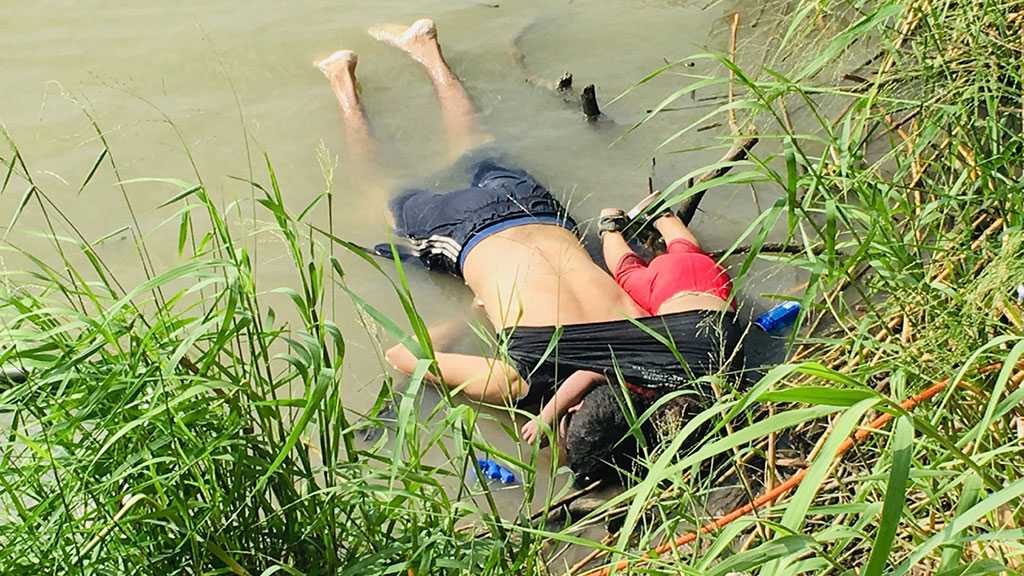 Shocking images emerged showing a migrant father and his 23-month-old daughter drowned somewhere between Mexico and the United States.

The images displayed the Salvadoran father, Óscar Alberto Martínez Ramírez, 26, and his daughter Valeria lying face down in the water of the Rio Grande.

Police found their bodies Monday on the bank of the river near Matamoros, Mexico, across from Brownsville, Texas.

The father “crossed first with the little girl and he left her on the American side. Then he turned back to get his wife, but the girl went into the water after him. When he went to save her, the current took them both,” Julia Le Duc, who witnessed Vanessa Ávalos, the wife, give her account to the police, told The Guardian.

Their deaths put in the spotlight again the plight of migrants from Central America, trying to cross into the US in search of a better life.

In recent months, advocates have been warning that the number of people dying while crossing the border would increase because they are forced to cross areas which are far more dangerous now that US President Donald Trump has taken strict measures to stem their flow.

Those who succeed in reaching the US are kept in detention centers which, according to rights groups, lack proper conditions.

Trump’s immigration policies have sparked protests both inside the US and abroad since he took office.