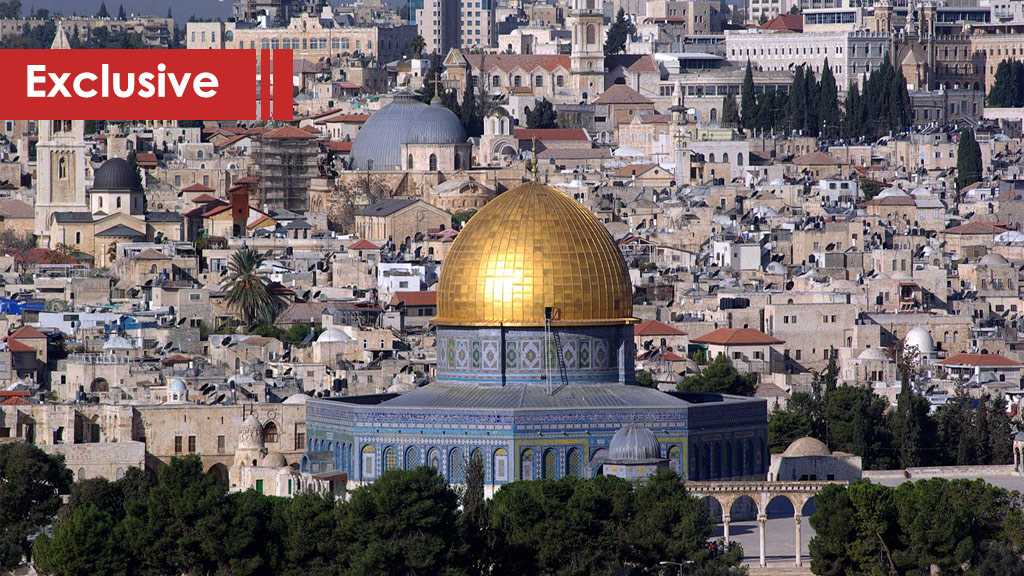 No country in the world has had the sort of lean years that Palestine went through. This holy place on earth has been through a lot. It was occupied and its people displaced and massacred as Palestine became the bleeding wound of the Islamic nation [the Ummah].

But the most painful thing about the Palestinian cause is the extent of complacency it faced from the Arab regimes. Those regimes sold Palestine for cheap to please the Americans. The latter seeks to offer the whole of Palestine to "Israel" – a gift from those who do not have the right to give it, to those who do not deserve the gift. If “Israel” were able to take all the Arab territories, it would have done so.

However, the great tragedy does not lie in America and its fosterling, "Israel". Perhaps it is no surprise that this is the habit of those who are looking after their interests in the region. The tragedy lies in the “insolence” of the Arabs who know the truth and distort it and echo the American line. It is exactly what they are doing today. They are offering the deed of sale of Palestine to the Zionists as part of the so-called “Deal of the Century”. The Arabs do not only cheer. They also encourage this occupation and the US to legitimatize the deal and give it an Arab dimension. Bahrain, an Islamic country, is hosting the so-called Economic Peace Conference with the participation of “Israeli” figures. This underlines the peak of Arab nothingness. It was a crime that broke all Arab, Islamic and moral rules and crossed all the red lines.

Hamas leader Mahmoud al-Zahar spoke to al-Ahed News Website about the Arab "normalization" conference. He pointed out that Manama is not hosting a "workshop" as they claim, but a venue for a "bribe" to sell Palestine, all of Palestine, and sell the lives and sanctities of its people and the dignity of all those who have been sacrificing since 1948. In his opinion, the Bahrain conference is an opportunity for the sale of all wars launched by the Arab countries and the sacrifices their armies made to preserve the Arabism of Palestine in the face of occupation.

Al-Zahar stresses that this "bribe" is being financed with Arab funds. Instead of investing these funds for resistance and steadfastness to liberate Palestine, it is given to the Palestinian people to sell their just cause. But according to al-Zahar, they did not and will not succeed no matter how much money is spent to dilute this issue. As long as the Palestinians are the owners of this land, they will not give it up. In his opinion, these Arabs and those behind them will only face disappointment. The money they are spending will only go to waste because their project is a failure.

Al-Zahar extended his gratitude to the Palestinian street, which stands against this "fake" deal. None of the Palestinians support it. Even the "traitors" reject it because they know it is doomed to fail. The spokesman called on the Palestinians to remain steadfast and carry on with the resistance, reassuring them that US President Donald Trump's term is temporary.

"This man is inundated with disasters that are automatically reflected on the regimes of the Gulf, which have linked their fate to his," al-Zahar said.

The Hamas leader does not deny that Palestine is experiencing its most difficult and darkest chapter due to the "dangerous" move made by the Arabs who spend their money to discard the rights of the Palestinian people. But he argues that the unity of the resistance’s program is a necessity amidst this "ordeal". Anyone who has occupied land, whether in Lebanon, Syria or Palestine, is called upon to cooperate and coordinate to repel the aggression, defeat it and resist it. The usurper entity is a danger to all, and no one will be safe from it.

"You will spend your money. Then you will regret it. And then unto the fire you shall be gathered."