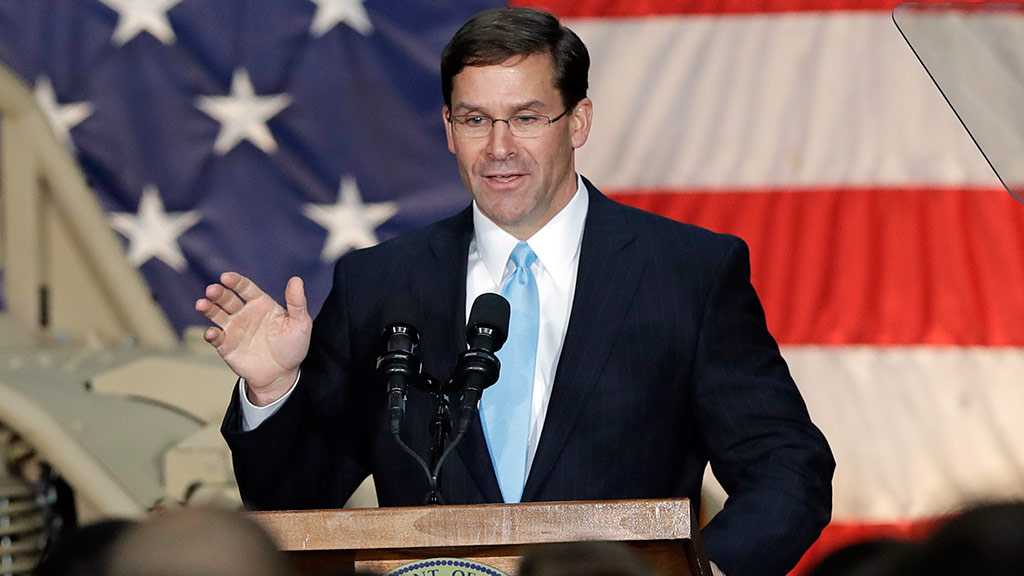 The White House announced Friday that US President Donald Trump has nominated Mark Esper to be the US War Secretary.

This week Esper elevated to acting Pentagon chief from his post as Army Secretary.

There hasn't been a full war secretary since the resignation of James Mattis in December last year after splits in the administration over Trump's sudden decision to remove US troops from Syria.

Esper, who must be confirmed by the Senate, is the third man to lead the Pentagon in six months.

He replaces Patrick Shanahan, who also led the military in an acting capacity but this week withdrew his name from consideration for personal reasons.

The personnel change in one of the most powerful posts in the US government comes amid rising tensions in the Middle East. On Thursday Trump revealed he had come close to authorizing a strike on Iran after it shot down an American drone.

He had been a senior executive at the Raytheon military firm for several years when he was tapped by Trump to be Army Secretary in 2017.