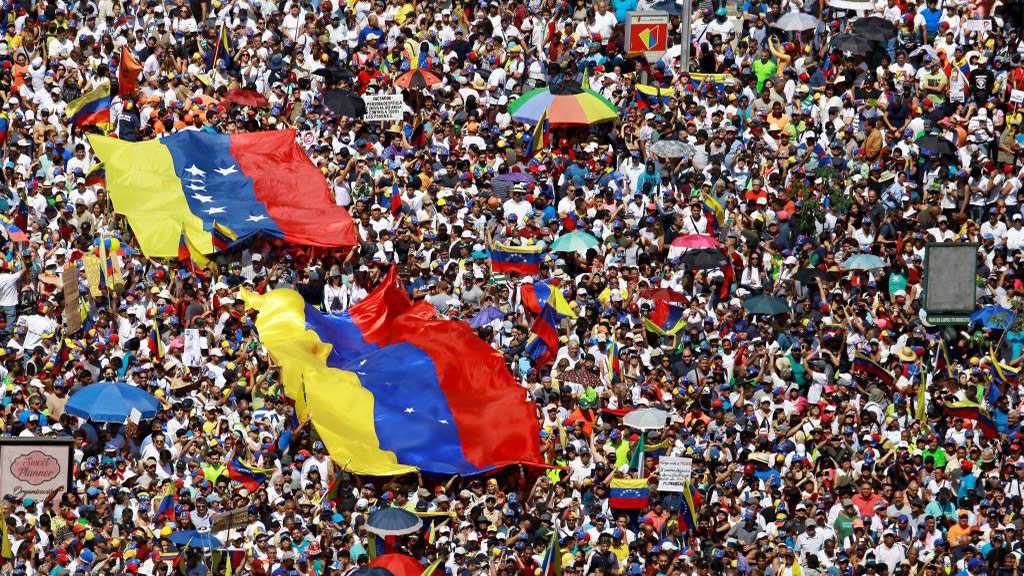 Millions of dollars raised for “freedom and democracy” in Venezuela ended up spent in Colombia by the aides of US-backed opposition leader Juan Guaido, and were exposed by Colombian spies in yet another blow to his cause.

Guaido declared himself “interim president” of Venezuela in January and was recognized by the US and many of its Latin American allies, but has repeatedly failed to seize power from President Nicolas Maduro in Caracas.

Now he seems farther from that goal than ever, as several of his aides have been named by Colombian intelligence in a leak revealing the embezzlement of US funds intended for paying Venezuelan army defectors. The funds were raised by a Live Aid-style concert, organized by billionaire philanthropist Richard Branson in February, and intended to coincide with Guaido’s followers forcing open the border with Colombia to US “humanitarian aid.”

The leaked documents – published by PanAm Post, an outlet sympathetic to Guaido – now reveal why that never happened. Regional coordinator for Guaido’s Popular Will Party, Kevin Rojas, and the “interim president’s” chief of staff Rossana Barrera were accused of spending hundreds of thousands of dollars in cash on fancy hotels, expensive clothes, booze, car and other high-life items.

In one example, Rojas and Barrera claimed to have spent money on seven hotels to house over 1,400 defectors, but Colombian authorities counted only half that number crossing the border, and only two hotels were actually paid for. Instead, receipts reveal the duo blew over $125,000 on luxuries for themselves, including $40,000 in April alone. The following month, one of the hotels evicted 65 defectors and their families, over more than $20,000 in unpaid bills.

The publication forced Guaido into full damage control mode. On Monday, he finally acknowledged the existence of the allegations and vowed to “clarify the case of officials appointed to serve our military in Cucuta,” appointing aid coordinator Lester Toledo to join the investigation in Colombia.

“Dictatorships cover [up] corruption,” he added. “We do not.”

His envoy to Colombia, Humberto Calderon Berti, requested a “formal investigation related to the alleged irregularities” on Tuesday.

In addition to the embezzled funds, Guaido’s staff botched the distribution of aid sent by the US, with an estimated 60 percent rotting in the warehouses and having to be thrown away. The full extent of the scandal is yet to be revealed, as the PanAm Post has more unpublished documents in its possession.

After the failure to open the border in February, Guaido attempted a military rebellion at the end of April. It fizzled spectacularly, with about two dozen defectors seeking refuge in foreign embassies by the end of the day.

Those who think the embezzlement scandal could be the last nail in the coffin of the US-backed regime change project in Venezuela would be mistaken, however.  On Tuesday, Vice President Mike Pence doubled down on the US commitment to Guaido, declaring that the Trump administration supports the “Venezuelan people in their fight for freedom!”

The US has given $213 million in humanitarian aid to Guaido so far, Pence boasted. Left unanswered is how much of that ended up lining the pockets of his aides, or was spent on hotels, cars, booze and trinkets across Colombia.