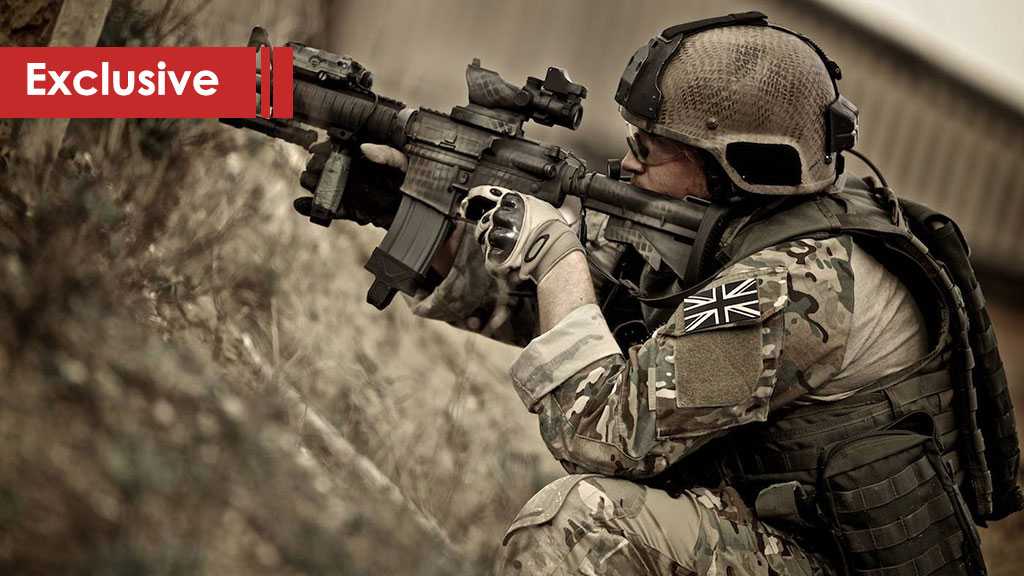 Attacks on two oil tankers in the Gulf of Oman inundated much of the news cycle last Thursday.

Few took notice of a BBC report that revealed that British special forces had drawn up a plan to shift away from counter-terrorism work, and instead concentrate on secret missions against state actors.

The plan, dubbed “Special Operations Concept”, underscores the need for the most secretive parts of the British military to now focus on more subtle conflicts with nation states.

Meanwhile, top British military officials have acknowledged that they plan to channel more resources in the direction of hybrid warfare – with greater focus on economies, livelihoods and ways of thinking.

The new plan’s primary objective, on the surface at least, is the sabotage of “Russian covert activities” in different parts of the globe.

But Britain’s growing military presence in the Gulf suggests the change in tact by the UK’s special forces is equally geared toward attacks on Iranian interests.

This assessment is further strengthened by London’s continued backing of the Trump administration’s line on who is to blame for last week’s attack in the Gulf of Oman.

Washington’s claim that Iran is behind the attack on the oil tankers has been widely disputed by much of the international community.

Western officials remain largely unconvinced by US evidence, with many backing calls for an independent UN investigation into the incident.

However, according to Britain’s Foreign Secretary, Jeremy Hunt, Iran is “almost certainly” guilty, because it is his “instinct” to believe the US.

Those solid ‘instincts’ are no doubt shared by UK defense minister and MP Tobias Ellwood who said on Sunday that his country and the US would “make sure [the Gulf] is safe.”

Ellwood was commenting on the planned deployment of 100 British commandos to the UK naval base in Bahrain, which was opened last year and is the first permanent British military installation east of the Suez Canal since 1971.

The men being dispatched to Bahrain hail from the so-called 42 Commando unit that operates under the umbrella of the Royal Marines.

Aside from the SBS, Britain’s special forces comprise the Special Air Service (SAS), the Special Reconnaissance Regiment and the Special Forces Support Group.

Their primary tasks include intelligence gathering, reconnaissance, offensive operations, as well as the capture of specific individuals.

Although each of these groupings has a specific purpose, the operational capabilities of the SBS and the SAS are broadly similar.

For instance, both of these formations specialize in the sabotage and disruption of enemy infrastructure.

Meanwhile, one of the squadrons within the SBS specializes in operations involving the use of mini submarines and other forms of underwater movement – ideal for the targeting of larger vessels.

Last month, members of the SBS were flown to the Gulf as part of a ‘top secret mission’.

The deployment followed a separate attack on oil tankers off the coast of the United Arab Emirates.

Two SBS crews were apparently tasked with monitoring Iranian military activity around the island of Qesham, which is home to Iran’s naval gunboats.

The SBS also joined UK-registered oil tankers transiting through the Strait of Hormuz and into the Gulf of Oman.

The UK special forces streaming into the Gulf are joining thousands of their American counterparts, who are also boosting their numbers.

In January of this year, the US Naval Special Warfare community announced its own plans to shift its focus from counterterrorism operations to “threats” emanating from Iran, Russia and China.

Virginia-based think tank, CAN, which focuses on the US Navy, argued in a 2017 report that American special forces “have a greater role to play in today’s global competition through a counteractive approach to adversary maneuvers.”

This type of posturing suggests that hostile actions by Washington and its allies will fall short of the threshold of all-out war against powerful adversaries like Iran.

The recalibration of special forces outfits may send these formations in a more violent direction. But the emphasis will be on the shadow war.

There will be more sabotage operations and an intensification of the information and cyber warfare.

Even if the Iranians were to agree to some form of negotiations, the US President runs the risk of being exposed to drawn-out talks that have the potential to end in the same sort of humiliation he suffered with the North Koreans.

And then there is the conventional military option, which would have disastrous consequences not just for the Trump administration but for all those that come after it.