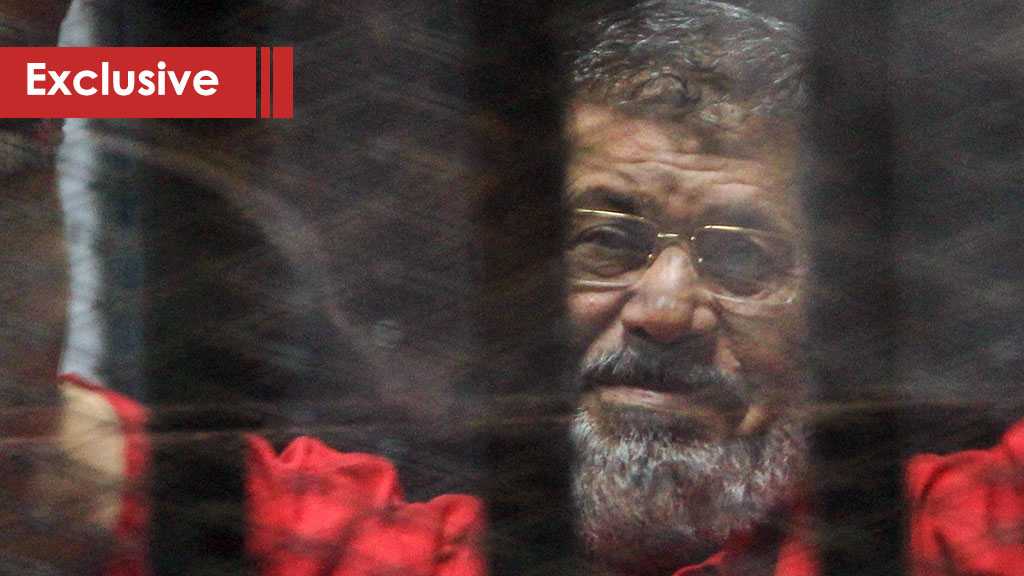 The sudden demise of former Egyptian president Mohamed Morsi exposed Egypt’s many defects. It is a flaw not befitting of a country that everyone is waiting to see return to its traditional role. Egypt is still a present absentee in the regional balance of power. It can once again become the safety valve that prevents the region from slipping into chaos if it exercised a balanced role and returned to its natural camp characterized by its course prior to the signing of the Camp David Accords.

There may be multiple manifestations of this flaw, and we have observed the following:

1 – The failure to respect the moment of Morsi’s passing and the rush towards political wrangling between rival parties, both opponents and supporters of the late president. This led to political and religious transgressions. It set the country on another path that harms both parties. The moment was confined to those explicitly gloating over their opponents’ calamity and those attempting to take advantage and make political gains at the expense of their president, who had not yet been buried!

2 The wrangling also revealed the scope of the intensifying political crisis in Egypt as well as the extent of the polarization – not only between loyalists of the regime and the Muslim Brotherhood, but also between the various political camps. Some of them demanded that the moment be respected. Others declared that disagreement does not negate sympathy. Another camp expressed its full sympathy. These differences are not restricted to Morsi’s death. They are part of the broader wrangling, which exposed the complexities of the country’s political scene and the absence of even the slightest compromise.

3- The scene also underscored the growing importance of social media. It plays a significant role in presenting public opinion as well as partaking in the wrangling, widening existing rifts and maximizing contradictions.

4- The official media coverage was extremely poor. It totally disregarded Morsi’s death and instead broadcast material intended to remind the viewers of the [Muslim] Brotherhood's "crimes". It seemed like the media was confused and awaiting guidance. And then it launched an attack against the late president, as if sensing the awakening of popular sympathy that had to be suppressed. We view this as an incorrect move, and possibly a counterproductive one.

5- On the other hand, channels loyal to the Brotherhood and the countries embracing the group tried to exploit the event politically and level accusations against the regime of president Sisi. They tried to score political gains. This is also a wrong move. It may lead to the opposite result, which is the disappearance of any sympathy for the group.

What we want to raise here is the future of politics in Egypt and the impact of its current course on the near future. Has the regime in Cairo and its media channels taken an uncompromising decision to break with popular sectors of society supporting the late President Mohamed Morsi or sympathizing with the [Muslim] Brotherhood?

Here, we differentiate between the group organizationally and the grave mistakes committed by the late president These include first and foremost the severing of relations with Syria, being hostile towards the resistance and supporting the Takfiri groups as well as the subsequent bloody events the group and Morsi shared responsibility for.

We also have to differentiate between the aforementioned issues and the segments of society in Egypt that sympathized with president Morsi and the Brotherhood in a non-organizational manner, not to mention other sectors of society that were on the fence, and then became sympathetic to Morsi and the group after the economic decline and the deteriorating conditions under the Sisi regime.

Did the ruling regime decide on and order this break with a large section of the population? And is being hostile towards these sizable sectors of society wise and safe?

The path chosen by the media and the regime leads to estrangement, the deepening of hostilities and perhaps violence and retaliation – whether the regime wants this or not.

Another question concerning the different political factions is whether they are forced to use the same approach as the regime, or is there a wise political course that can manage the rivalry in a suitable way that suits political power and is not used for demagogic patterns?

The popular sectors in Egypt are divided between sympathizers of the late president, even if they rejected his rule and many other sectors that are not sympathetic. But most of these sectors are mindful of death and considered gloating over such an issue to be a great defect. Staying away from gloating is one of the pillars of the prevailing culture in Egypt.

The regime is committing grave mistakes. The first is the lengthy trials, which border on the absurd and have different connotations that the regime's enemies may understand as fear. Thus, they extend their opposition. Others may understand it as a wait for a deal. There are many options to consider in the absence of information and clarity. This is a very serious matter. As if what is needed is the continuation of chaos, hostility and threats!

And what we are preoccupied with are the people and the political forces that can be the engine. Hence, is there a boundary between political engagement and the rivalry of popular battles? Are there any boundaries between ethics and considering the general culture of religion and values and political differences and rivalries?

Some might say that the issue transcended politics and turned into a game of revenge following the bloody clashes and deaths. It makes sense. But doesn’t the prevention of evil here and the spilling of more blood against the backdrop of growing hostility and polarization as well as the practices that caused the death of president Morsi – which is an opening scene of a new stage expected to be more dangerous – necessitate sanity and the reassessment of the situation?