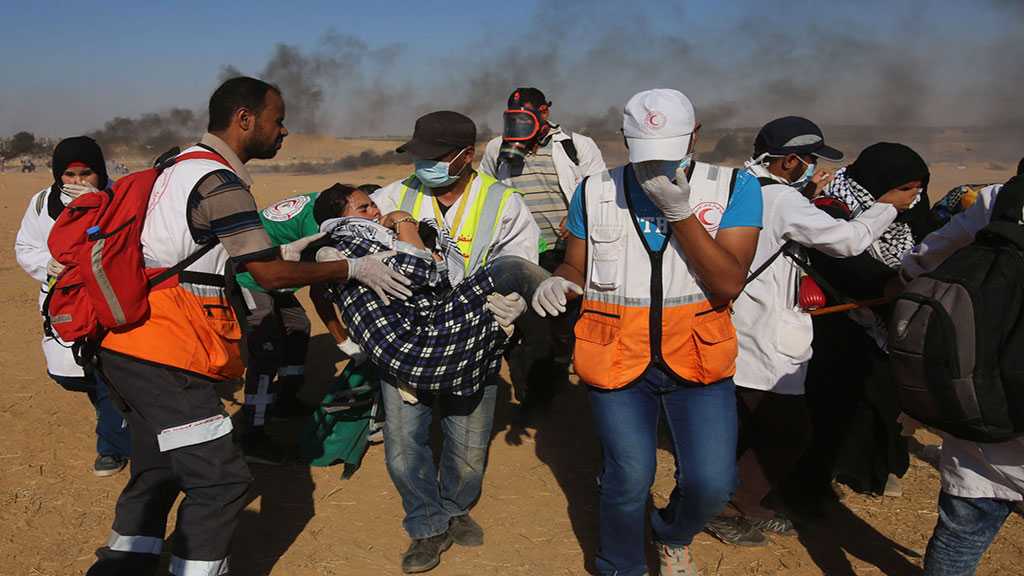 “Israeli” occupation forces attacked Palestinians protesting in Gaza Strip near the fence between the besieged Palestinian enclave and the ‘Israeli’-occupied territories, leaving at least 46 people injured.

Since March 30 last year, the Palestinians in Gaza have been holding weekly rallies to demand the right to return for those driven out of their homeland by ‘Israeli’ aggression and an end to the siege on the enclave.

More than 300 Palestinians were martyred since then, and over 16,000 have been injured.