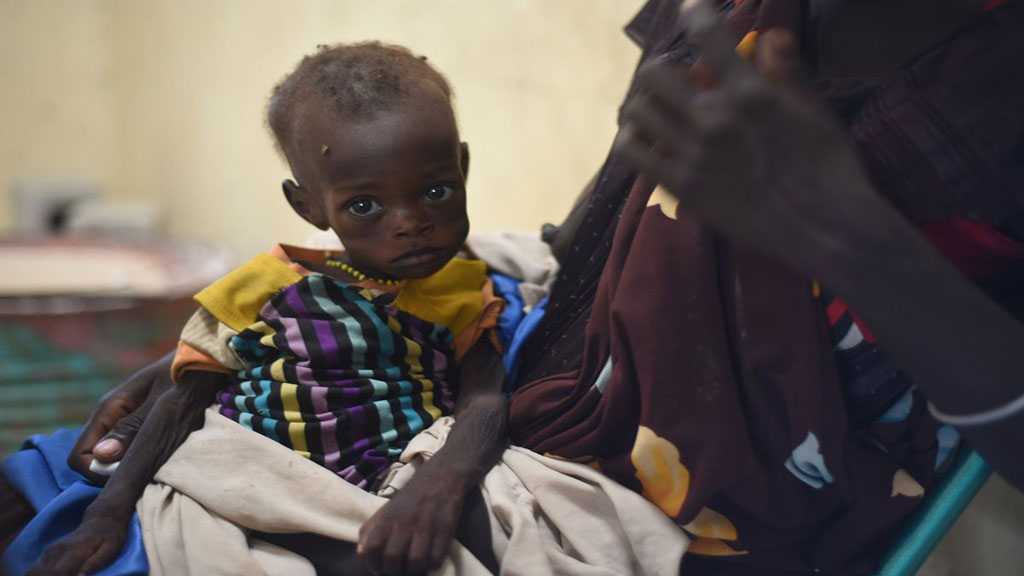 A record number of almost seven million people are facing severe hunger in South Sudan, despite a peace agreement which has largely stopped fighting after more than five years of war, UN agencies warned Friday.

“Every year, hunger reaches new and unprecedented levels in South Sudan with millions of people unsure where their next meal will come from, particularly at this time of the year when hunger peaks from May to July,” Hsiao-Wei Lee of the World Food Program [WFP] said in Juba.

UN-backed assessments use a ranking called the Integrated Food Security Phase Classification [IPC], which rates hunger levels from one to five.

The WFP, Food and Agriculture Organization [FAO] and children’s agency UNICEF said about 1.8 million people in South Sudan were in an “emergency,” or level four, which means large gaps between meals, acute malnutrition and excess deaths.

More than five million others are also having to skip meals.

At the beginning of 2019, it was estimated that 6.1 million people were facing hunger.

But this figure now stands at 6.9 million people – about 61 percent of the population.

Under the IPC system, level five is classified as “catastrophe,” and when it applies to 20 percent of the population is deemed a famine.

While the technical requirements for a famine are not currently met, the overall number of people requiring food aid has increased by about two million.

A statement from the agencies said the annual lean season “started early following record low stocks from the poor 2018 harvest and has been further extended by the delayed onset of 2019 seasonal rains.”

Persistent economic instability, years of fighting and displacement and high food prices have all made access to food more difficult.

Meanwhile, if the current situation continues, about 21,000 people could slide into “famine” conditions, said Pierre Vauthier, deputy country director for the FAO.

This estimation has dropped from about 30,000 in January.