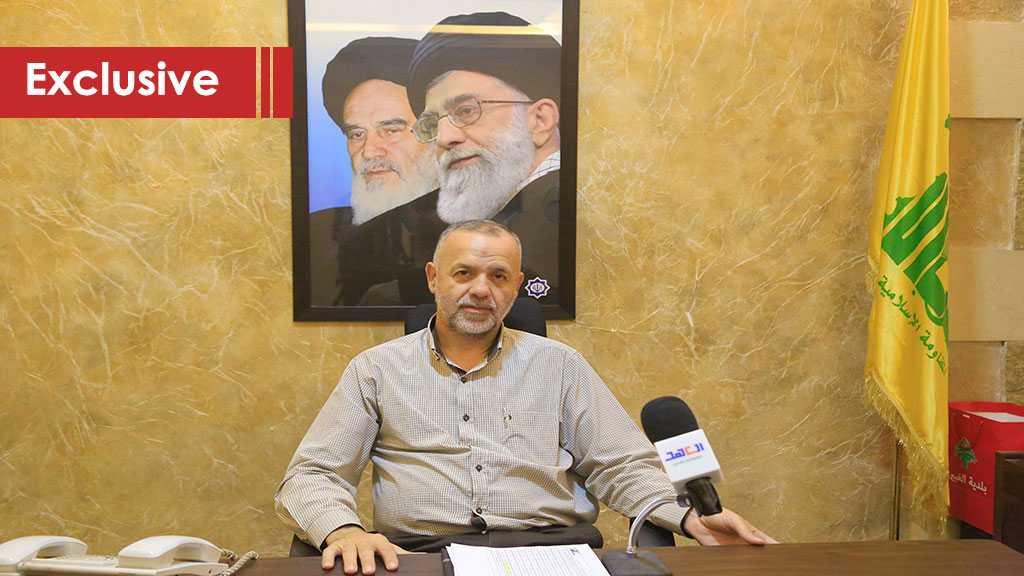 Beirut - The fourth Shia Imam and the father of the poor, Imam Ali Zainul Abedin [AS] used to carry food, clothes, money, and perhaps wood on his shoulders to distribute them to the poor and needy at night so that nobody knows who is helping them. Those people just realized after his demise that it was the Imam whom they dearly missed.

Following his footsteps, Hezbollah established a social project dedicated to the same goal he worked for during his life. Imam Zainul Abedin Table Spread was established in the Lebanese capital’s southern suburb [Dahiye] Mreije Neighborhood in 1998 as part of an individual initiative.

Talking to al-Ahed News, Chief of Hezbollah Social Activities in the Beirut Region, Hajj Ali Sherri, noted that “It was based on our religious and ethical duty to take care of the poor and miserable people. And during the holy month of Ramadan, the month of mercy and blessings, some brothers and sisters noticed that some of the elderly and other families, during the time of breaking the fast [Iftar], were searching for food… they were taken by this phenomenon and since that day, they formed a small group of people that takes care of providing breakfast meals for those families.”

The man noted further that the project started growing gradually until 2001. After that year, its caretakers started expanding it in Beirut and some Mount Lebanon areas by adding different sections, with an administrative structure and all the needed documents.

Since 2001, new sections have been added every two or three years. At the beginning, it was responsible for providing Iftar meals all over the month of Ramadan to the poor families, our main goal. Then, after providing all Iftar meals and food supplies, the project expanded to include the Ramadan Kitchen, Supporting a Neighbor and the Eid Outfits. This was achieved over several phases, Hajj Ali Sherri explains.

“This year, we invented the Food Baskets project, distributing baskets in all supermarkets. The step was very successful. It aimed that people, while making their own shopping for the month of Ramadan, donate some items for the needy ones.”

Another new section was the guesthouse. It is some restaurant-like places established in different areas to respectfully and politely host poor and orphans where they have their breakfast meals.

Beginning with around 120 families in Beirut, the project this year covered in the same area 6000 families who are officially registered in the organization’s records. Those families comprise some 23,000 members who include mostly orphans and their mothers, with some other disabled individuals who cannot provide a living for their families.

“Beside the table spread, which fixedly covers those families, when we receive more donations we do deliver them to other unregistered thousands of families. This means that when we receive amounts of money that exceed our needs, we help more than the 6000 registered needy families.”

Just like its donated funds, people who take care of helping others are also volunteers, the Hezbollah official tells al-Ahed. “The entire administrative and executive bodies are composed of volunteers. There are thousands of them. Some gather the donations, others pack the benefactions, some cook, and some deliver the food. Delivering the food is of a great importance. This is because it happens secretly, with a respectful and gentle manner. We make this following the footsteps of Imam Ali Zainul Abedin [AS] after whom we named our project.”

The fourth infallible Shia Imam [AS] used to help the needy people secretly, and especially at night, not to embarrass them or hurt their dignity as they don’t have to thank the one helping them as long as they don’t know his identity.

“In 2018, we received around $1350000 of monetary and material donations. This year, the number hit $1850000. It is a very positive index noting the difficult economic situation in the country as well as the war on Islam which is focusing more on the economic as well as social aspects. This indicates our society’s durability and faithfulness; although the war escalates, our people are becoming more and more dedicated. This was also clear in the ‘Israeli’ wars of 2006, 1996 and 1993 and all terrorist bombings… with every test we confront, we find how much our people are loyal and devoted to this path, letting us to shed light that despite the difficult economic times, the number increased by $0.5 million in one year, not to mention other small individual contributions which we couldn’t include in the count.”

From our platform, the man wanted to express gratitude and appreciation for all donors, “our loyal people,” as well as all volunteers whose number is growing every year.

“Now, we are in front of another responsibility, which is to take care of those families all around the year after the month of Ramadan as much as there are donations to fulfill their needs.”

Hajj Ali Sherri further urged all the wealthy people to help those in need all around the year.

It was much satisfying to learn from the man that Hezbollah Secretary General His Eminence Sayyed Hassan Nasrallah “blesses our project as he, every year, initiates the donations with an essential amount he pays for us so we can kick off our job strongly before starting to receive other donations.”

People are witnesses on the difference we are making on the ground, in addition to that Hezbollah is dedicating its vehicles, centers and all locations to serve this project. Hence, it is crystal clear that the money is being spent in the right place, for those who are in need, and Hezbollah is their number one supporter, Hajj Ali Sherri added.

Although the project is active in all Lebanese regions, the provided numbers are only part of it. They just represent the achievements made in Beirut area.

“Beside the fixed program for the month of Ramadan, we take care of the families of martyrs and the orphans all over the year. We also provide the poor families with healthcare coverage, another main task we are responsible for. We combat drug addiction, we treat the addicts and raise awareness among others. We also renovate and re-equip the houses of the poor so that they become habitable for them, it is another main program that we run. This happens secretly; we don’t take photos for the houses to save their people’s dignity and not expose their situations to the media.

Hezbollah took it upon itself to keep up the social, health and medical assistance for those who couldn’t afford it themselves, thanks to the efforts of all donors and volunteers.

All those activities boost the idea of social solidarity in which the rich help the poor within every body’s residential area.