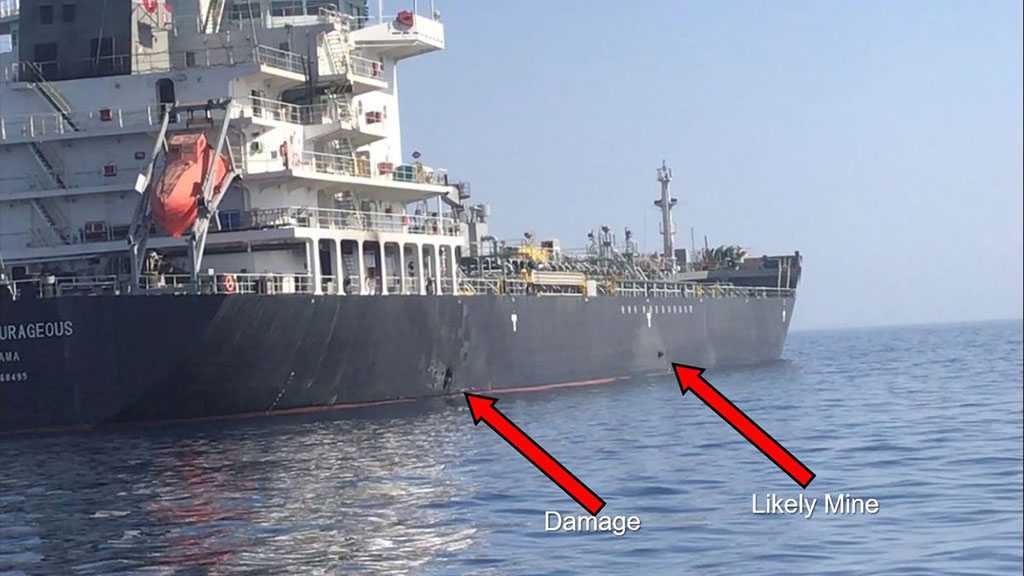 The alleged video footage released by the US military to blame Iran for the recent attacks on two oil tankers in the Sea of Oman was disputed even by Washington's allies and Western analysts.

Less than a day after the US Central Command [CENTCOM] released the video late Thursday purportedly showing "Iranian sailors" removing a mine from the Japanese-owned Kokura Courageous' hull earlier in the day, European governments — except for Britain — have so far refused to accept the US' narrative that Tehran was to blame for the "suspicious" attacks.

They are reluctant to accept the White House’s claims at face value, and do not want to provide Washington with any pretext for war.

German Foreign Minister Heiko Maas said on Friday the video is not sufficient to prove the US claim that Iran was behind the attacks.

"The video is not enough. We can understand what is being shown, sure, but to make a final assessment, this is not enough for me," Maas, who was in Iran earlier this week on an official two-day visit, told reporters in Oslo.

Nathalie Tocci, a senior adviser to European foreign policy Chief Federica Mogherini also rejected the US allegations, saying, “Before we blame someone, we need credible evidence.”

Iranians are deeply rational actors, she said. And for Iran to have attacked a Japanese ship when the Japanese prime minister was in Tehran “is not an especially rational thing to do.”

In the released video, a small boat is shown coming up to the side of the Japanese-owned tanker. An individual stands up on the bow of the boat and can be seen removing an object from the tanker's hull. The US claims that the object is likely an unexploded mine.

The claim, however, was soon rejected by the Japanese ship's operator, whose president said on Friday its sailors on board the Kokuka Courageous saw "flying objects" just before the attack, suggesting the tanker wasn't damaged by mines.

"The crew told us something came flying at the ship, and they found a hole," President Yutaka Katada of Kokuka Sangyo told a press conference in Tokyo. "Then some crew witnessed the second shot."

The video was also disputed by Western investigative journalists and defense analysts.

Investigative historian and journalist Gareth Porter said he had "written to the CENTCOM media desk to ask why the video the command has released does not show what happened before the moment something is removed from the side of the boat."

The investigative journalism website Bellingcat also wrote that "there's currently no evidence to verify what was removed from the side of the vessel was a mine, and there's no evidence at the moment about who placed it there, so claiming it was a mine placed by the Iranians is pure conjecture at this point in time."

Some analysts and observers even questioned the authenticity of the video, arguing that the US military has edited the video to make it misleading.