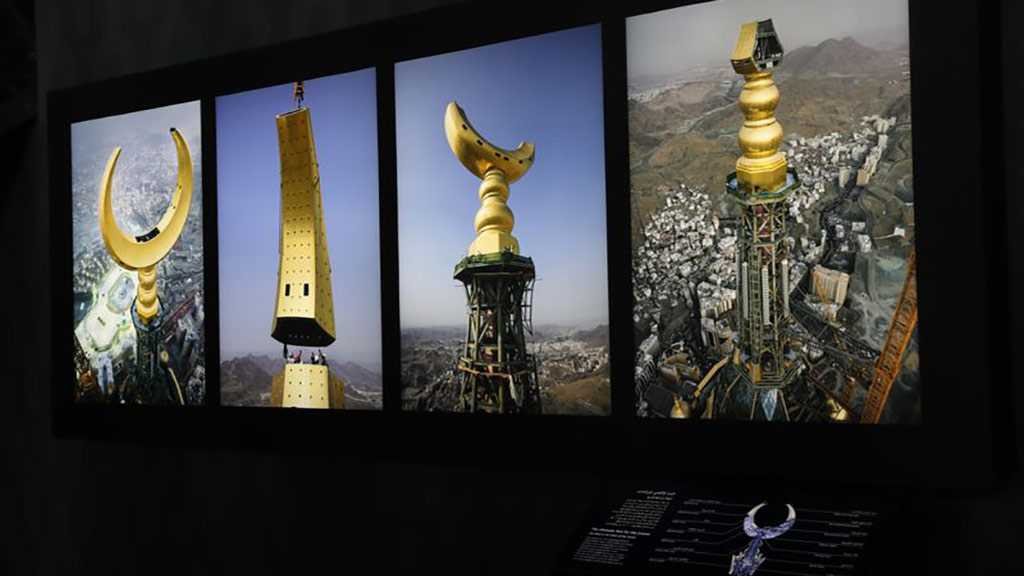 Overlooking the Kaaba, a black structure inside the Grand Mosque towards which Muslims around the world turn to pray, the four-story Clock Tower Museum opened a month ago.

It is filled with models and structures on astronomy and galaxies, as Saudi authorities aim to lure more Muslim tourists to the country.

Looking down from a height of around 600 meters [almost 2,000 feet] as thousands of worshippers walked around the Kaaba.

Dozens of other visitors also took in the panoramic views of the mosque, the sprawling holy city and surrounding black mountains.

The four-faced Mecca Clock, as the museum is also known, with each face measuring 43 by 43 meters [47 yards], is the largest in the world and weighs some 36,000 tons.

It is 35 times the size of the clock at Westminster in London, known colloquially as Big Ben.

Equipped with protection against rain, sandstorms and winds, the clock is covered by a 100-million-piece glass mosaic adorned with 24-carat gold leaf.

The Clock Tower is the main high-rise building in a complex of seven towers, comprising 3,000 hotel rooms and apartments.

The Abraj Al-Bait hotel complex is a multi-billion-dollar project.

By night over two million LEDs illuminate the clock, making it legible from distances of eight kilometers [five miles].

In the first floor of the museum, visitors are introduced to the universe, the sky and galaxies with audio illustrations.

The second floor is devoted to the sun and how the moon and the earth revolve around it.

Visitors to the third floor learn of instruments and methods used to determine time, and the balcony overlooking the Grand Mosque is on the top floor.

Museum supervisor Yaseen al-Mleaky said the Mecca Clock has received 1,200 visitors a day, with entrance costing $40, since it opened in the second week of May.

It will also be used to observe crescent moons and for lunar research, he said.