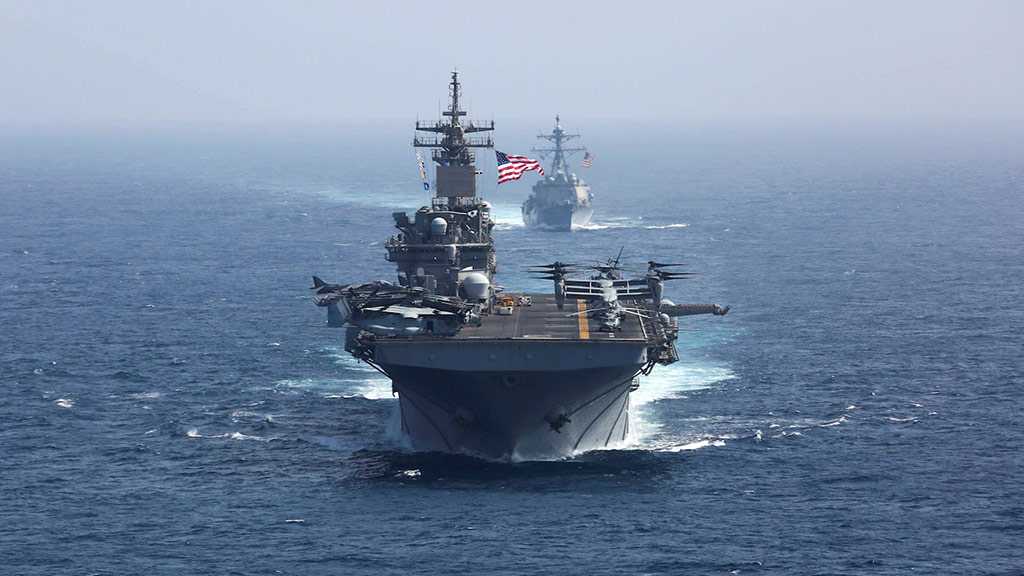 The US has dispatched another warship to the Gulf of Oman, but says it has “no interest” in engaging in a new Middle East conflict.

Guided missile destroyer USS Mason will join the destroyer USS Bainbridge on station near the Kokuka Courageous, a damaged tanker just outside the Gulf, the US Central Command [CENTCOM] said on Thursday, adding that “Iranian small boats” were spotted in the area.

The Florida-based combat command called the attacks on tankers “a clear threat to international freedom of navigation and freedom of commerce.”

"We have no interest in engaging in a new conflict in the Middle East,” CENTCOM added. “We will defend our interests, but a war with Iran is not in our strategic interest, nor in the best interest of the international community.”

The statement comes several hours after US Secretary of State Mike Pompeo accused Iran of carrying out attacks against Kokuka Courageous and Front Altair in the Gulf of Oman, claiming that Tehran was “lashing out” at Washington’s “successful maximum pressure campaign” of sanctions.

Iran has rejected the accusations coming from Washington, pointing out that a Japanese-related tanker was attacked as Japanese PM Shinzo Abe was visiting Tehran on a mission of peace. “Suspicious doesn't begin to describe what likely transpired this morning,” Iranian FM Javad Zarif tweeted.

CENTCOM’s statement comes minutes after Pompeo was spotted leaving the Pentagon, after a meeting with Acting War Secretary Pat Shanahan.