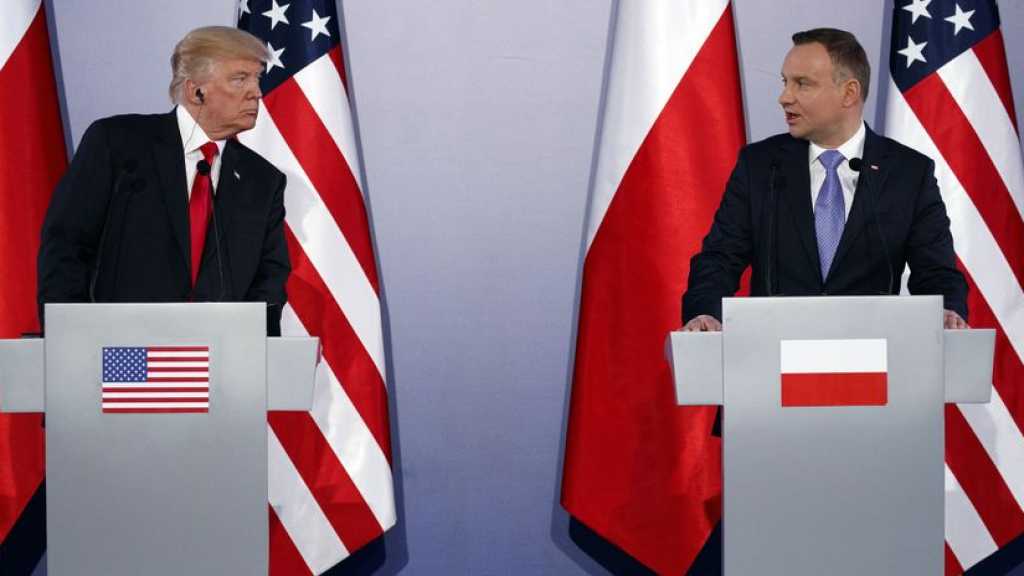 “They're talking about 2,000 troops,” Trump said, adding that the additional US troops would be moved to Poland from Germany.

He further added: "We haven't finalized anything but the facility in Poland "world class base.”

Trump said Poland also was offering the US a "world class base" for its troops, adding "this would be a statement.”

Trump also said he will meet with Russian President Vladimir Putin at the G20 summit in Japan which will take place on June 28 and 29.

The US leader said last month he would meet with Putin at the G20, but the Kremlin indicated at the time there was no agreement on a bilateral meeting.

Trump's last formal one-on-one with Putin was in Helsinki in July 2018, when the pair dismissed top aides for two hours of talks in a sharp break with standard diplomatic practice.

The US president previously met Putin on the sidelines of a G20 summit in mid-2017, under a cloud of rebuke for his reluctance to criticize the Russian leader over Moscow's meddling in the previous year's US elections.

Responding to a reporter's question, Trump said it was "probably easier" for their next meeting to involve additional participants.

"I think it is probably easier if we have people in the room, because you people don't trust anything," he told the journalists assembled in the Oval Office.