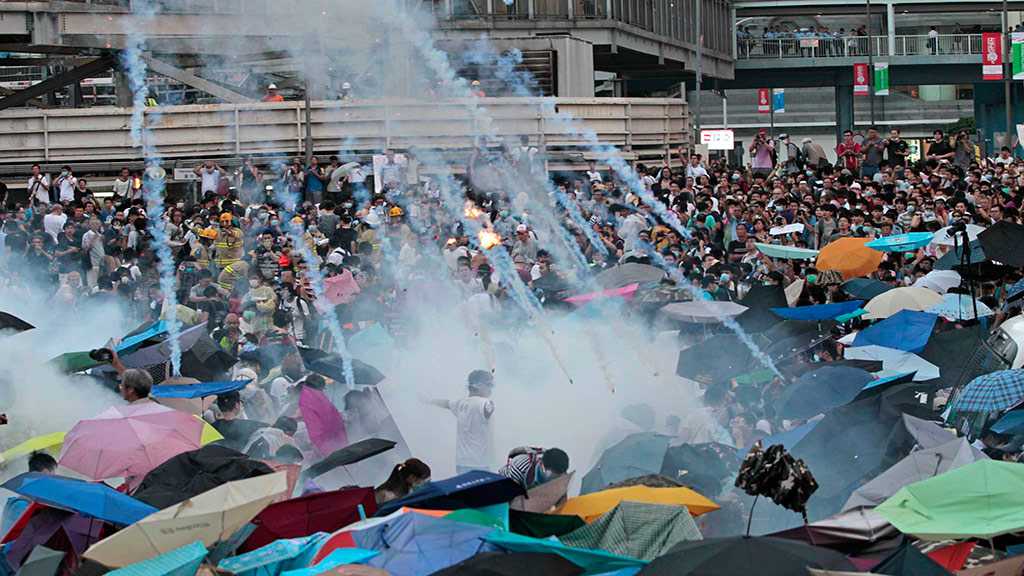 Hong Kong police fired rubber bullets and tear gas at demonstrators who threw plastic bottles on Wednesday as protests against an extradition bill that would allow people to be sent to mainland China for trial descended into violent chaos.

Tens of thousands of protesters had gathered peacefully outside the Chinese-ruled city’s legislature before tempers flared, some charging police with umbrellas.

Police warned them back, saying: “We will use force.”

Ambulances sped toward the protest area as panic spread through the crowd, with many people trying to flee the stinging tear gas, according to a Reuters witness. More than 10 people were wounded in the clashes, Cable TV reported.

Police used pepper spray, tear gas and batons to force crowds back, while some individuals were chased. Some shops put up their shutters at the nearby IFC, one of Hong Kong’s tallest buildings.

Civil Human Rights Front, which organized a protest on Sunday that it estimated saw more than a million people take to the streets in protest against the extradition bill, accused police of using unnecessary violence.

The protesters, most of them young people dressed in black, had erected barricades as they prepared to hunker down for an extended occupation of the area, in scenes reminiscent of pro-democracy “Occupy” protests that gridlocked the former British colony in 2014.

The violence had died down by early evening under light rain, but tens of thousands still jammed the streets in and around Lung Wo Road, a main east-west artery near the offices of embattled Hong Kong Chief Executive Carrie Lam.

“Didn’t we say at the end of the Umbrella movement we would be back?” pro-democracy lawmaker Claudia Mo said, referring to the name often used for the 2014 demonstrations, whose trademark was the yellow umbrella.

“Now we are back!” she said as supporters echoed her words.

Others once again called for Lam to step down.