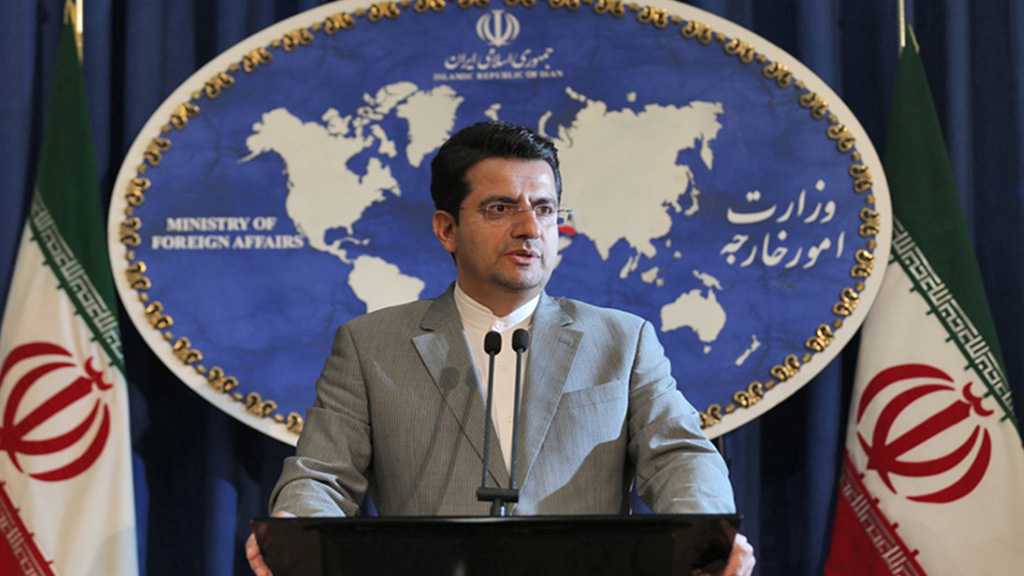 Iran criticizes the German foreign minister for delivering a warning to Tehran against potential withdrawal from a 2015 multilateral nuclear deal, saying all the signatories are required to meet their end of the bargain, otherwise they should recognize Iran’s right to reconsider its commitments.

Shortly after a trip to Tehran, Heiko Maas threatened Tehran during a visit to Sweden that it would face “isolation” if it pulled out of the Joint Comprehensive Plan of Action [JCPOA], and that such a move “cannot be in Iran’s interest.”

“If Iran were to withdraw from this agreement, it would go into international isolation; it would be back where it was before the agreement, including all the sanctions,” he added.

Responding to the comments on Wednesday, Iranian Foreign Ministry spokesman Abbas Mousavi reminded the top German diplomat that the JCPOA “has several sides,” and that “all of them should equally fulfill their commitments” under the agreement.

“If they cannot do so, they need to understand that we will, in return, resort to the mechanisms available to us under the JCPOA and reconsider our commitments,” he said.

He went on to say, “If European friends are too much concerned about preserving the JCPOA, they should call on all parties to honor their obligations.”

The JCPOA was signed between Iran and six world states — namely the US, Germany, France, Britain, Russia and China. Washington, however, left the accord last May, leaving the future of the historic deal in doubt.

Critical of Washington’s move, the European parties to the JCPOA vowed efforts to keep the deal in place by protecting Tehran against the tough economic sanctions Washington has re-imposed on Iran.

As the Europeans failed to deliver on that pledge, Iran suspended, in mid-May, the implementation of some of its commitments based on its legal rights under Articles 26 and 36 of the JCPOA, giving the other signatories 60 days to put their mere verbal support for the accord into concrete action.

Maas was in Tehran for high-level talks earlier this week as part of fresh European efforts to salvage the Iran deal.

Mousavi further advised the top German diplomat and others concerned about Iran’s recent decisions regarding the JCPOA to “once again study Article 36 of the agreement as well as the basics of law.”

The official said Iran shared the same opinion with Maas on the importance of the JCPOA for the international community and Europe, but does not understand the German minister’s emphasis on the need for Iran’s unilateral compliance with the multilateral accord.