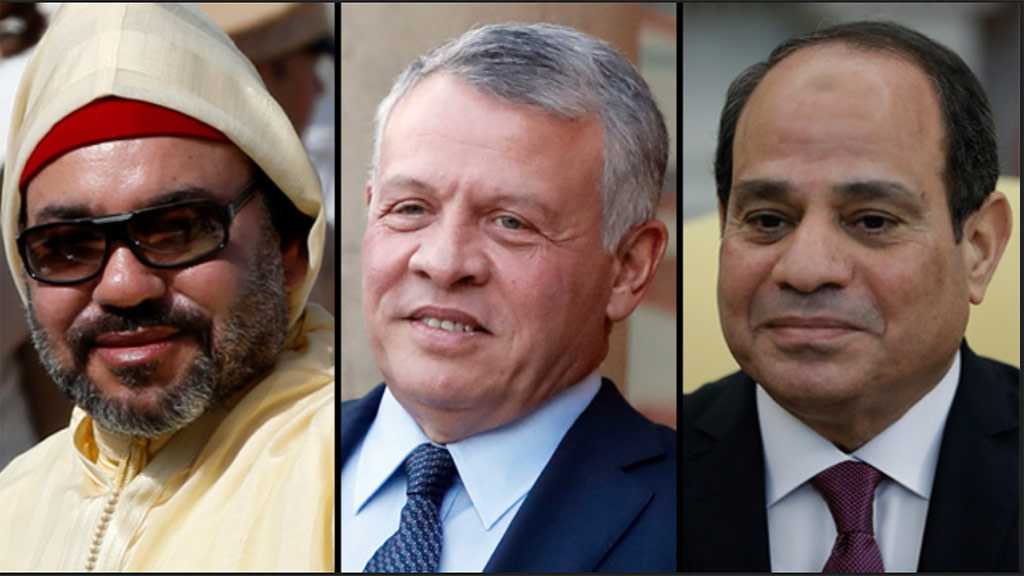 Jordan, Egypt and Morocco have informed US President Donald Trump’s administration that they will participate in the upcoming American-sponsored economic workshop in Bahrain, a senior White House official said Tuesday.

The announcement ends weeks of uncertainty over whether Jordan and Egypt, the only two Middle Eastern Arab countries the “Israeli” entity has diplomatic ties with, would participate in the conference, and may pave the way for the entity to be invited as well.

“Morocco, Jordan, and Egypt have told us that they are attending,” the senior US official told The Times of “Israel” on condition of anonymity.

The US administration and Bahrain announced in mid-May that they would host an economic workshop in the Bahraini capital of Manama on June 25 and 26 that “will facilitate discussions on an ambitious, achievable vision and framework for a prosperous future for the Palestinian people and the region.”

American officials have said that the meeting will deal with the economic portion of its apparently forthcoming plan to resolve the “Israeli”-Palestinian conflict, a plan whose unveiling has been delayed by political instability inside the “Israeli” entity.

The US has been attempting to rally support for the conference, which has come under criticism for seemingly placing economic issues ahead of reaching a political solution to the “Israel”-Palestinian conflict.

The United Arab Emirates, Qatar and Saudi Arabia announced in May that they would participate in the conference in Manama.

The “Israeli” entity has reportedly not yet received an invite. According to an “Israeli” report this week, US officials wanted to clinch enough Arab participation, particularly that of Egypt and Jordan, before bringing the entity in. If invited, the entity’s so-called Finance Minister Moshe Kahlon would likely represent Tel Aviv.

“His majesty referred to the necessity of Jordan being present at international conferences about the Palestinian issue, whether that is the Bahrain conference or elsewhere, so that we can listen and remain knowledgeable of what is taking place,” the Ammon News report said, without attributing the comments to a named or unnamed source.

Abdullah made the comment in a meeting with former ministers and media and political personalities, according to Ammon News.

There was no immediate comment from Cairo or Rabat.