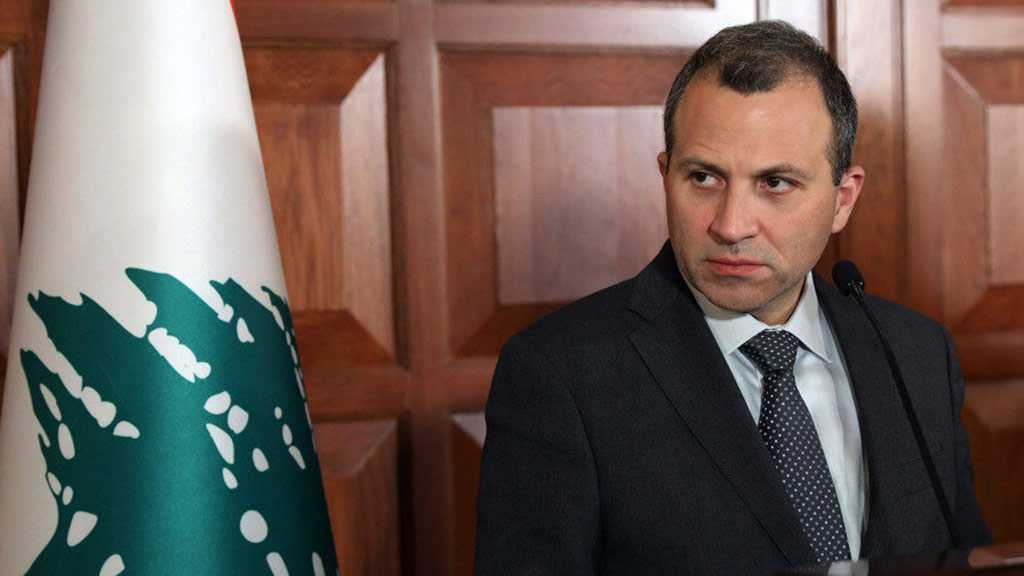 Lebanese Foreign Minister Gebran Bassil says his country is boycotting the forthcoming US-led conference in Bahrain in support of President Donald Trump’s controversial proposal for “peace” between the "Israeli" regime and Palestinians, dubbed the "Deal of the Century,” because Palestinians are not taking part in the event.

“We will not participate in the Bahrain conference [scheduled for June 25-26] because the Palestinians are not participating and we prefer to have a clear idea about the proposed plan for peace. We were not consulted regarding [the plan],” Bassil said on Tuesday.

The statement came after an unnamed senior White House official said Jordan, Egypt and Morocco had informed the administration they would send representatives to Manama.

The United Arab Emirates, Qatar and Saudi Arabia announced in May that they would participate in the conference.

The Palestine Liberation Organization [PLO] and the Hamas resistance movement have called for an Arab boycott of the Bahrain conference.

Hamas, in a statement issued on May 20, also called on Arab countries to provide the Palestinian people with every support to confront and frustrate the US “deal of the century.”

“We are following with great concern the American announcement about holding an economic workshop next June in the Bahraini capital of Manama,” Hamas said, describing it as the first American conference in support of the so-called "Deal of the Century".

The movement also denounced any Arab participation in adopting and executing the deal, saying any attendance in the American-led Bahrain conference would be considered a deviation from Arab and Islamic values.

Trump’s “peace plan” has already been dismissed by Palestinian authorities ahead of its unveiling at the end of the holy fasting month of Ramadan and the formation of the new “Israeli” cabinet, most likely in June.

Speaking in the occupied West Bank city of Ramallah on April 16, Palestinian Authority Prime Minister Mohammad Shtayyeh lashed out at the initiative, asserting it was “born dead.”

Shtayyeh noted that negotiations with the US were useless in the wake of the country’s relocation of its embassy from Tel Aviv to al-Quds [Jerusalem], which Palestinians consider the capital city of their future state.