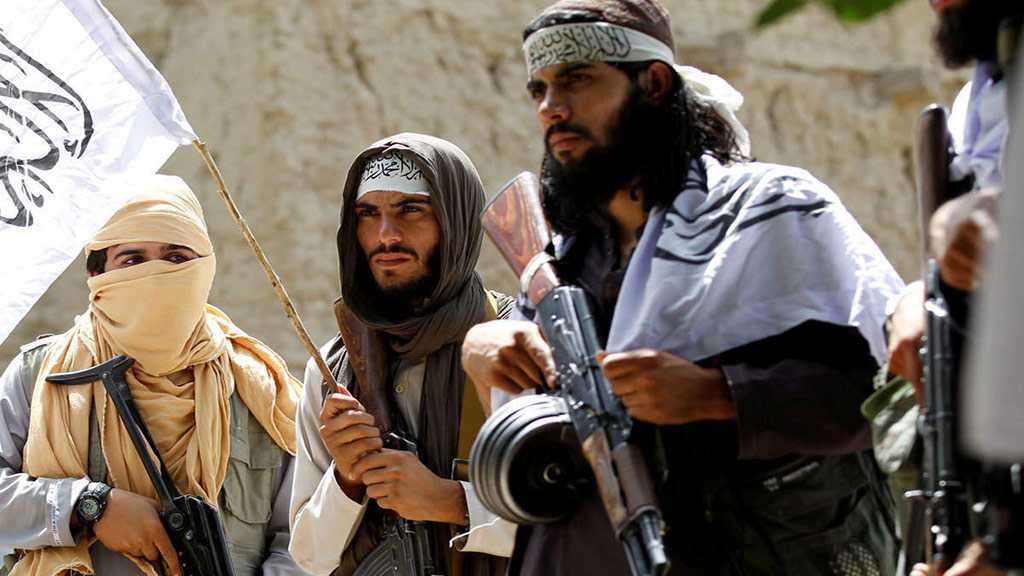 The Wahhabi Daesh [Arabic acronym for “ISIS” / “ISIL”] has lost its caliphate in Syria and Iraq, but in the forbidding mountains of northeastern Afghanistan the group is expanding its footprint, recruiting new fighters and plotting attacks on the United States and other Western countries, according to US and Afghan security officials.

Nearly two decades after the US-led invasion, the extremist group is seen as an even greater threat than the Taliban because of its increasingly sophisticated military capabilities and its strategy of targeting civilians, both in Afghanistan and abroad.

Concerns run so deep that many have come to see the Taliban, which have also clashed with Daesh, as a potential partner in containing it.

A US intelligence official based in Afghanistan told the Associated Press that a recent wave of attacks in the capital, Kabul, were “practice runs” for even bigger attacks in Europe and the United States.

“This group is the most near-term threat to our homelands from Afghanistan,” the official said on condition of anonymity to preserve his operational security.

“The ISIS core mandate is: You will conduct external attacks” in the US and Europe.

Bruce Hoffman, director of the Center for Security Studies at Georgetown University, sees Afghanistan as a possible new base for Daesh now that it has been driven from Iraq and Syria. “ISIS has invested a disproportionate amount of attention and resources in Afghanistan,” he said, pointing to “huge arms stockpiling” in the east.

The Daesh affiliate appeared in Afghanistan shortly after the group’s core fighters swept across Syria and Iraq in the summer of 2014, carving out a self-styled “caliphate” in around a third of both countries. The Afghanistan affiliate refers to itself as the Khorasan Province, a name applied to parts of Afghanistan, Iran and central Asia in the Middle Ages.

The Daesh affiliate initially numbered just a few dozen fighters, mainly Pakistani Taliban driven from their bases across the border and disgruntled Afghan Taliban attracted to Daesh’s more extreme ideology. While the Taliban have confined their struggle to Afghanistan, the Daesh militants pledged allegiance to Abu Bakr al-Baghdadi, the reclusive leader of the group in the Middle East, and embraced his call for a worldwide “jihad” against non-Muslims. Within Afghanistan, Daesh launched large-scale attacks on minority Shiites.

The group suffered some early stumbles as its leaders were picked off by US airstrikes. But it received a major boost when the Islamic Movement of Uzbekistan joined its ranks in 2015. Today it counts thousands of fighters, many from central Asia but also from Arab countries, Chechnya, India and Bangladesh, as well as ethnic Uighurs from China.

The group has long been based in the eastern Nangarhar province, a rugged region along the border with Pakistan, but has a strong presence in northern Afghanistan and of late has expanded into neighboring Kunar province, where it could prove even harder to dislodge. The mountainous province provided shelter for Osama bin Laden for nearly a year after the Taliban’s ouster, and US forces struggled for years to capture and hold high-altitude outposts there, eventually all but surrendering the region to the Taliban.

It’s been nearly 18 years since the US invaded Afghanistan to topple the Taliban, which had harbored al-Qaeda when bin Laden and his lieutenants were planning the Sept. 11 attacks. Now military and intelligence officials see the Taliban as a potential ally against a similar threat.

In recent months the Taliban have said they have no ambitions to monopolize power in a postwar Afghanistan, while Daesh is committed to overthrowing the Kabul government on its path to establishing a global “caliphate.”

In the meantime, without an aggressive counterterrorism strategy, Afghanistan’s Daesh affiliate will be able to carry out a large-scale attack in the US or Europe within the next year, the US intelligence official said, adding that the militants captured in Afghanistan have been found to be in contact with fellow militants in other countries.

Inside Afghanistan, the group is actively recruiting at universities, where it is more likely to find tech-savvy Afghans able to travel abroad, use social media and help plan sophisticated attacks, according to the intelligence official.

The group’s brutal tactics have been on vivid display inside Afghanistan for years.

Suicide bombings have killed hundreds of Shiite civilians in Kabul and elsewhere, and residents who have fled areas captured by the group describe a reign of terror not unlike that seen in Syria and Iraq.