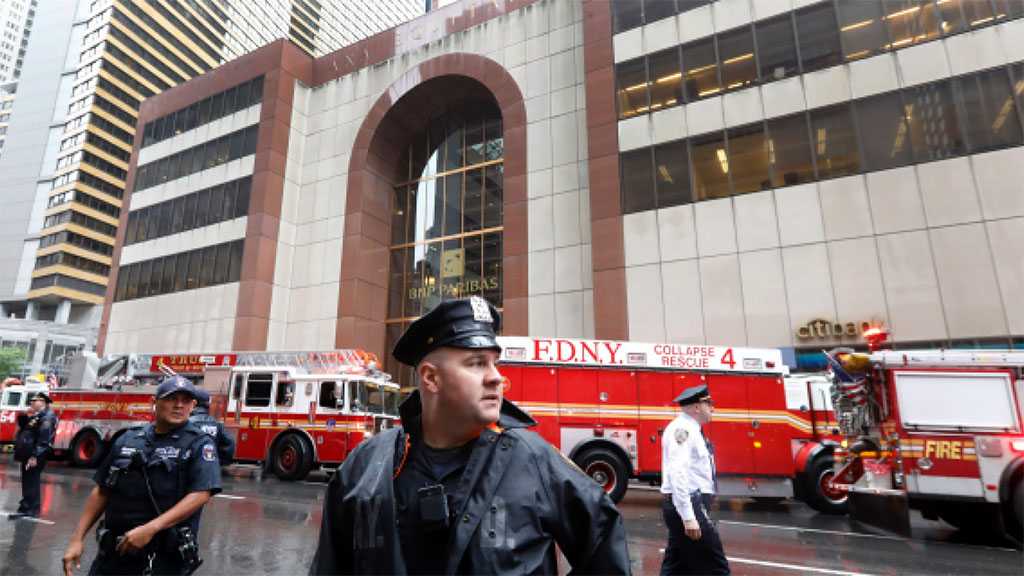 The New York City Fire Department said Monday that the pilot of a helicopter that crashed onto a building in Midtown Manhattan was pronounced dead.

The department said earlier they were responding to a helicopter crash on a building in Midtown Manhattan, later saying a fire that was started had been extinguished.

Governor Andrew Cuomo said that preliminary reports suggest "the helicopter was making a forced landing or emergency landing... and landed on the roof." He added that there was no indication of terrorism, a statement that was repeated by New York Mayor Bill de Blasio later in the day.

However, the reason the helicopter chose the bustling area with no helipad in sight to land is still unclear.

"There was a fire as the helicopter hit the roof. People in the building said they felt the building shake. The fire department believes the fire is under control," he added.

The incident was reported around 2pm local time on the 700th block of 7th avenue near 51st Street, according to local media. Roads in the area were said to be closed with crews in the area as a precautionary measure.

When the crash occurred, the FAA said both Newark airport and LaGuardia were at ground-stop due to poor weather conditions as the city was hit with thunderstorms.