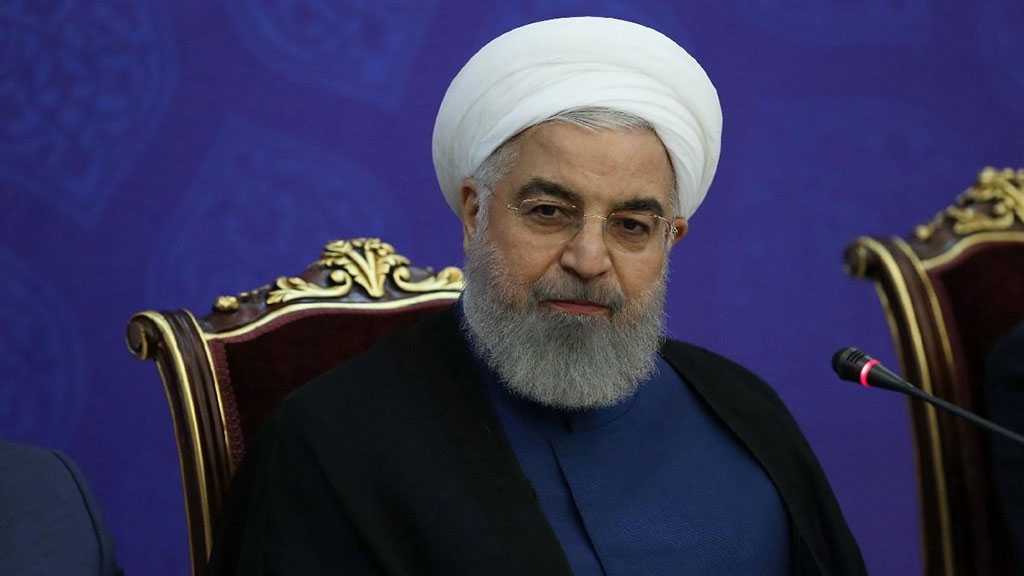 Iranian President Hassan Rouhani said the European countries must resist the United States’ economic terrorism against the Iranian nation and live up to their obligations as per a nuclear deal signed between Tehran and six world powers in 2015.

Rouhani made the remarks in Tehran on Monday afternoon in a meeting with the visiting German Foreign Minister Heiko Maas who had already met with his Iranian counterpart, Mohammad Javad Zarif, earlier in the day.

“We expect Europe to stand up to and resist America’s economic terrorism against the Iranian nation and fulfill its obligations in accordance with the JCPOA [the nuclear deal, officially known as the Joint Comprehensive Plan of Action],” Rouhani told Maas, adding that following the US withdrawal from the deal, Iran could have done the same on the strength of Article 36 of the JCPOA, but rather decided to remain patient and give other signatories a chance.

Germany’s Foreign Ministry said on Thursday that addressing ways to save the JCPOA, following the unilateral withdrawal of the US from the deal in May last year, was the main goal of Maas’ visit to Iran.

Under the JCPOA, Iran undertook to put limits on its nuclear program in exchange for the removal of nuclear-related sanctions imposed against Tehran.

US President Donald Trump pulled his country out of the JCPOA in May 2018 and re-imposed harsh sanctions against the Islamic Republic in defiance of global criticism.

On the first anniversary of the US withdrawal from the nuclear deal, Iran announced that it would suspend the implementation of some of its commitments under the deal, adding that it would stop exporting excess uranium and heavy water, setting a 60-day deadline for the five remaining parties to the deal to take practical measures towards ensuring its interests in the face of the American sanctions.

Elsewhere in his remarks, the Iranian president said the US is pressing ahead with its policy of economic terrorism through "cruel sanctions," stressing that "we believe, in particular, that we must stand against those who block people's access to medicine and food."

"The war that the US has waged against Iran since a year ago, will not serve the interest of anybody and the Iranian nation has proved during this period that it will resist against pressure and bullying," Rouhani said.