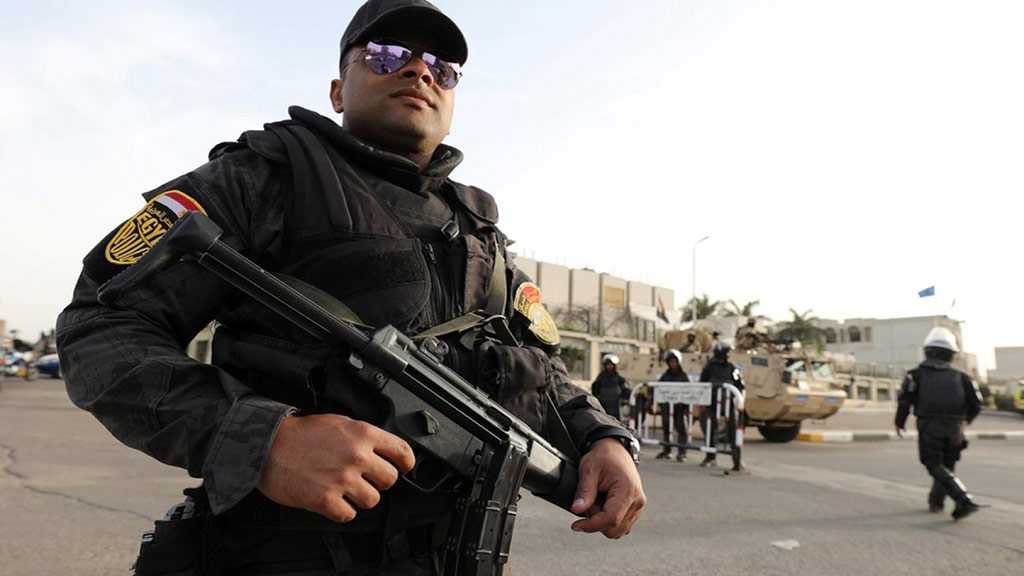 Egyptian security forces killed 14 militants suspected in an attack on a police checkpoint in northern Sinai where at least eight policemen died, the interior ministry said in a statement received on Thursday.

The deaths raise to 19 the number of militants killed since the attack near the North Sinai provincial capital of al-Arish early on Wednesday, which the Wahhabi Daesh [Arabic acronym for “ISIS” / “ISIL”] claimed responsibility for.

The Interior Ministry said in a statement that security forces have tracked down militants who escaped after that to an abandoned house in Masaeed neighborhood in al-Arish.

“While they were being surrounded, they opened fire extensively toward the forces. They were engaged resulting in the death of 14 terrorist elements,” the statement said.

It said 14 automatic weapons, three explosives devices and two suicide belts were found in their procession.

The statement did not say if any members of the security forces had been hurt during the gunfight.

A Reuters investigation in April found that Egyptian security forces had shot dead hundreds of suspected militants in what the Interior Ministry said were gun battles but which bereaved families said were extrajudicial executions.

Egypt denies any abuses and says its security forces operate within the country’s legal framework.