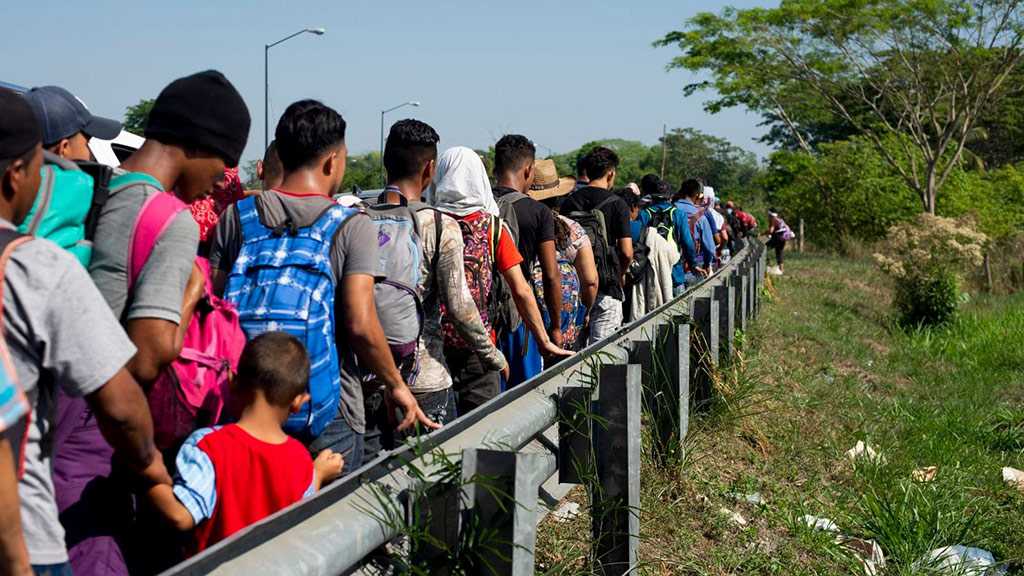 US President Donald Trump is not satisfied with the pace of Mexico's compliance with his ultimatum to stop the migrant flow north. He reminded Mexico that he is serious about imposing a blanket tariff on all its goods within days.

With no breakthrough reached at the high-level meeting between Mexican and US officials at the White House on Wednesday, Trump – who is visiting Ireland at the moment – tweeted out his frustration with the lack of tangible results, repeating his threat to slap Mexico with five percent tariffs on all goods.

He accused Mexico and House Democrats of spiking the number of arrests of migrants attempting to sneak into the US.

The president reminded Mexico of the deadline to comply with his demands, saying the sweeping tariffs will come into effect on Monday if the negotiations fail.

"If no agreement is reached, Tariffs at the 5% level will begin on Monday, with monthly increases as per schedule," he tweeted, adding his usual claim that import tariffs help domestic businesses.

Mexico's initial resistance to Trump's ultimatums seems to have quickly deflated. After a brief exchange of verbal blows with the US and a promise to respond “vigorously” to Trump’s “disastrous” tariff threat, Mexican President Andres Manuel Lopez Obrador chose to instead focus on appeasing his bullyish neighbor. Ahead of the talks, he said that both countries would gain from a migration deal, adding that he would like to be friends with Trump, who just several days earlier called Mexico “an abuser” of the US.

Trump's tariff ultimatum appears to be a switch to plan B as he struggles to fulfill his election promises to stem the migrant flow, his plans for a grand border wall constantly upset by Democratic resistance. Trump has repeatedly said that Mexico would be the one paying for the wall and later argued that it is paying for it indirectly thanks to a renegotiated trade deal, a claim that has been widely contested by his critics.

Mexico is diligently working to satisfy Trump, according to Foreign Minister Marcelo Ebrard.

"The dialogue was focused on migration flows and what Mexico is doing or is proposing to the United States, our concern about the Central American situation," he told a press conference.

Ahead of the talks, the White House laid out three conditions for Mexico to comply if it wants to lift the tariffs, which will rise by five percent each month until they reach 25 percent in October.

The first condition is for Mexico to process asylum requests by itself, rather than allowing hundreds of thousands of people to proceed to the border. Trump’s economic adviser, Peter Navarro, said Wednesday that Mexico needs to enforce its own laws in respect to the migrants, noting that they “are much stronger than ours.” The second condition is for Mexican security forces and police to step up their border protection efforts at Mexico’s own border with Guatemala, the main point of entry for Central American migrants. Thirdly, Washington demands Mexico reinforce patrolling of the roads inside the country by eradicating corruption by security officials that let migrants continue their perilous journey towards the US in exchange for bribes.