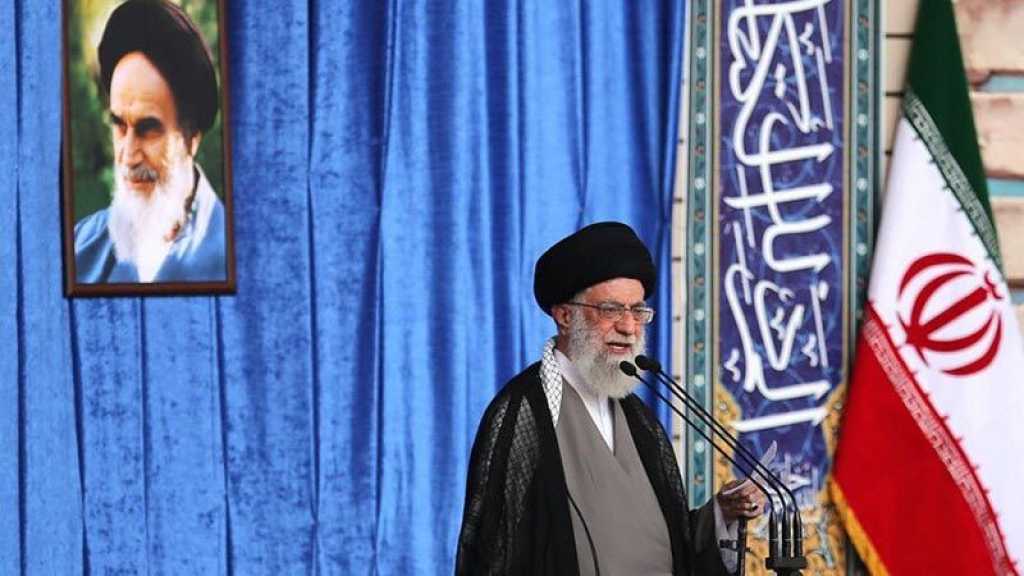 The Leader of the Islamic Revolution His Eminence Imam Sayyed Ali Khamenei confirmed that an upcoming US-devised deal on the Palestine issue is doomed to fail and will “never materialize.”

Imam Khamenei made the comments during a speech at Imam Khomeini’s Mosalla Grand Prayer Grounds in Tehran on Wednesday after leading Eid al-Fitr’s prayers there. The Islamic festivities known as Eid al-Fitr mark the end of the holy fasting month of Ramadan.

The Leader further rejected US President Donald Trump’s yet-to-be-unveiled deal on the decades-long Israeli-Palestinian conflict as “a betrayal of the Muslim world.”

In parallel, Imam Khamenei further denounced the Bahraini regime for agreeing to host a conference, where Washington is set to unveil parts of the plan later this month.

“The objective of this conference is to materialize America’s wrongful, treacherous and evil scheme for Palestinians — which they [Americans] have called ‘the deal of the century.’ However, this will not happen, and this plot will never get off the ground, by divine grace.”

Imam Khamenei described the Palestinian cause against Israeli occupation as the “number one issue” on the agenda of the Islamic world, thanking those who have voiced opposition to the so-called “peace” deal and the relevant event in Bahrain.

“The treachery of some Muslim states such as Saudi Arabia and Bahrain set the stage for such an evil plot,” he said. “I wish Bahraini and Saudi rulers would [eventually] realize what a quagmire they are stepping in and what damages this will do to their future.”