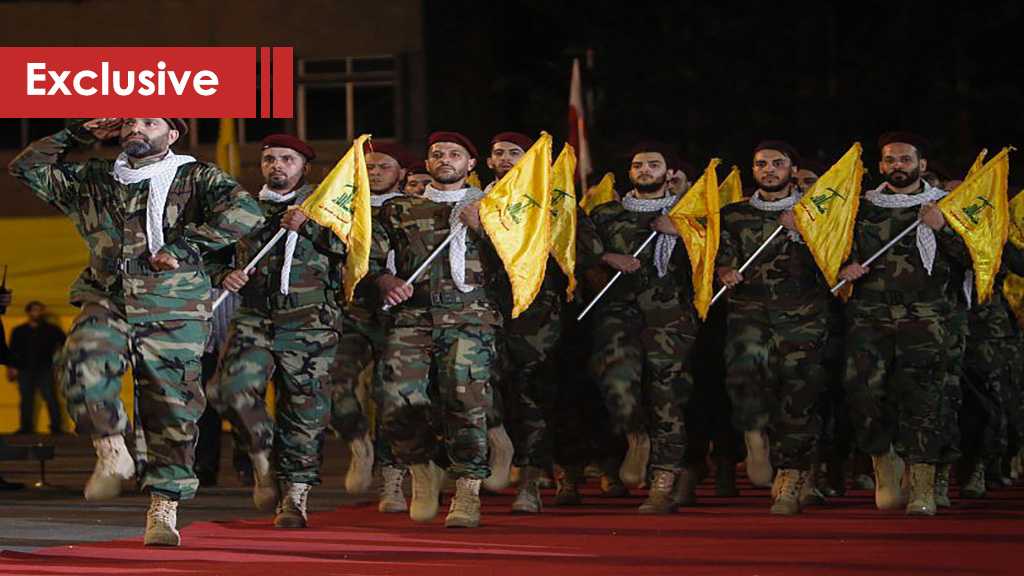 But these messages will feature prominently within political and security decision-making institutions as they study their options in confronting Lebanon. These messages will also be relevant because of their link to developments in the region and the Islamic Republic of Iran. This presence is not necessarily measured by what officials are saying publicly. But the grave regional situation and the image of "Israel’s" deterrent force may at times require a deliberate and more disciplined performance by the leaders of the enemy.

This is not the first time Sayyed Nasrallah has spoken about Hezbollah's precision rockets. But to talk about them again in this particular regional context confirms Hezbollah's position of strength in the face of the enemy. This means that Washington has not succeeded in dragging Hezbollah into a debate that turns things upside-down by suggesting that Lebanon’s elements of power are in fact a source of threat. It also failed in distorting the reality by suggesting that the reason for the stability of Lebanon is a cause for its deterioration. So, instead of adopting a policy of ambiguity, Sayyed Nasrallah reiterated the possession of this type of missile, stressing that Lebanon and Hezbollah have the right to possess any kind of capabilities in confronting the “Israeli” threat.

Sayyed Nasrallah did not only talk about possessing precision missiles.  He also stressed that these kinds of rockets "reaches all the required targets" in “Israel”. Therefore, we are not talking about short-range missiles. But the accuracy of these missiles covers all of occupied Palestine. As for their size, these rockets are capable of "changing the face of the region". This detail will be a feature among leaders of the Zionist entity as well as in Washington.

Sayyed Nasrallah also responded to intimidation from the United States and “Israel”. This intimidation was aimed at exploiting the border demarcation negotiations in an effort to raise the issue of the precision rockets directed at “Israel”. The objective is to extract substantial concessions related to national security in exchange for Lebanon's land and maritime rights as well as in oil and gas. But the position of His Eminence thwarted the American-“Israeli” gambits, strengthened Lebanon's position and separated the two issues. He has also defused US pressure on Lebanese officials. In a sense, he has reassured them and lifted their responsibility in the eyes of the Americans.

Moreover, Sayyed Nasrallah announced that "we will respond to any “Israeli” attack against any target of the resistance in Lebanon quickly, directly and forcefully.” This has disrupted the American-“Israeli” policy of intimidation and bolstered Hezbollah's deterrent capabilities in the face of the enemy. For its part, the enemy has become more aware that raising the level of intimidation in the face of precision rockets will raise the level of counter-threats rather than force a retreat. The enemy recognizes that His Eminence's commitment to retaliation is in fact irreversible. This will be reflected in discussions among “Israeli” security decision-makers. They should dispel any illusions they might have when studying options for any aggression and reconsider the notion that they can outsmart Hezbollah by directing aggressive messages related to this file without a response by the resistance movement on the off chance that the latter wants to avoid rolling towards a broader confrontation.

In light of the words chosen by His Excellency, it is clear that the decision to respond is final and decisive and will be a direct military response by Hezbollah. It will not be a formality but rather a forceful response.

The new qualitative weapons that Sayyed mentioned marks a new development in this field through his announcement that "the Americans have no business if there were precision missile factories in Lebanon or not."

"If the Americans want to keep this file open, we have the full capacity to manufacture and to get manufacturing machines, and we will set up factories to manufacture precision rockets in Lebanon," he added.

Hezbollah’s equation has left Tel Aviv with two scenarios: adapting to the presence of precision rockets and to be rational and be silent to avoid a worse outcome, or bear the effects of the most dangerous scenario which is the construction of factories for precision missiles, which will raise the challenge and limit their options.

By sticking to the first option, they would avoid the scenario involving the construction of precision missile factories, giving in to the equation of the precision rockets in Lebanon. The fighters will not be fighting.

But if they try to outsmart the resistance and keep up the pressure, they will face a gradual response from Hezbollah, involving the construction of factories. This will deprive them of a good night sleep. More seriously, they realize the magnitude of the constraints binding them from initiating any military endeavor, which they know will be very costly for them.