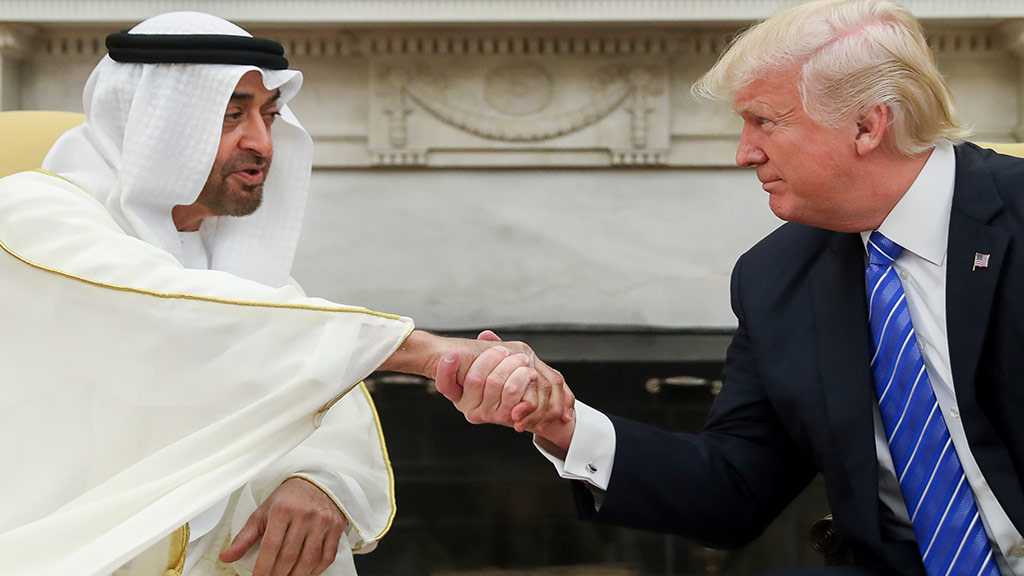 The United Arab Emirates has fewer citizens than Rhode Island, but its de facto ruler, Crown Prince Mohammed bin Zayed of Abu Dhabi, is widely regarded as one of the most influential Arab leaders in Washington and across the Middle East.

He may be the richest man in the world: He controls sovereign wealth funds worth $1.3 trillion, more than any other country. His military is the most potent of any Arab state. His influence in the United States is legendary — and never more felt than under President Trump.

Prince Mohammed, 58, is obsessed with two enemies, Iran and the Muslim Brotherhood, and Mr. Trump has sought to move strongly against both. In fact, the president has repeatedly adopted positions favored by the prince over the reservations of cabinet members and career national security officials on subjects including Iran, Qatar, Libya, Saudi Arabia and the Muslim Brotherhood.

Now Prince Mohammed has caught the interest of American prosecutors as well. The special counsel investigating Russian interference in the 2016 election unearthed evidence that the prince tried to help the Russians open back channels to Mr. Trump’s inner circle.

The Times examined the prince and his power. Here are five takeaways.

1) Prince Mohammed wields influence around much of the Middle East.

His special forces are active in Yemen, Libya, Somalia and Egypt’s North Sinai. He has established a ring of ports and bases around the Horn of Africa. He has worked to thwart democratic transitions, helped install a reliable autocrat in Egypt and led a drive to isolate Qatar, his regional rival.

He also helped lift a protégé to power in Saudi Arabia: Prince Mohammed bin Salman, now 33, who has captured the attention of the West, especially since American intelligence agencies concluded that he ordered the killing of the dissident Jamal Khashoggi.

But the Saudi prince’s rise to power was aided by assiduous advocacy in Washington from the elder Prince Mohammed. The Emirati prince was also the first to argue to Washington for some of the aggressive moves that they have undertaken together, including their military intervention in Yemen and their attempt to isolate Qatar — a campaign that began with an act of online sabotage orchestrated by the UAE, according to American investigators.

The approach to “Israeli”-Palestinian peace advocated by Mr. Trump’s son-in-law and adviser, Jared Kushner, in some ways resembles a Gulf-centric approach that Prince Mohammed has advocated since the end of the Obama administration.

2) Prince Mohammed owes his power in large part to his partnership with Washington.

In 1991, after Iraq’s invasion of Kuwait, Prince Mohammed came to Washington shopping for weapons, and a senior State Department official, Richard A. Clarke, reassured nervous lawmakers that the United Arab Emirates were “a force for peace” and would never be “an aggressor.” [After leaving the government in 2003, Mr. Clarke founded a consultancy that worked extensively for the UAE, and he is the chairman of a think tank that has received significant Emirati funding.]

Unlike any other Arab state, the United Arab Emirates have also now deployed their forces to fight alongside the United States military in six conflicts: in Iraq, Kosovo, Somalia, Afghanistan and Libya, and against Daesh [Arabic acronym for "ISIS" / "ISIL"]. In the process, Prince Mohammed gained the rare capability of carrying out military actions beyond his own borders — something he is now putting to use.

3) He has increasingly bucked American policy in the region.

Prince Mohammed worked against the transition to democracy in Egypt, defied a United Nations embargo to arm a would-be Libyan strongman and ignored American entreaties to end his feud with Qatar, the host of a United States air base.

Many of his interventions have produced mixed results. Egypt is struggling. Qatar is unbowed. He set off a scramble among rivals in the Horn of Africa. Yemen is a military quagmire and a humanitarian disaster.

By arming the United Arab Emirates with advanced surveillance technology, commandos and weaponry, argued Tamara Cofman Wittes, a former State Department official and fellow at the Brookings Institution, “We have created a little Frankenstein.”

4) The prince has allies in the United States. Prosecutors have noticed.

Prince Mohammed devotes tens of millions of dollars a year to hiring former American officials, paying lobbyists, donating to charities that Washington cares about and contributing to the city’s research institutes.

Before Mr. Trump took office, the prince secured a secret meeting with the president-elect’s son-in-law, Jared Kushner. He also tried to broker talks between the Trump administration and Russia, turning to a financier and friend of Mr. Kushner’s, Richard Gerson, to help.

One of the prince’s younger brothers introduced Mr. Gerson to a Russian businessman who acts as a liaison between President Vladimir V. Putin and the Persian Gulf monarchs, according to the special counsel’s report. The businessman, Kirill Dmitriev, conferred with Mr. Gerson about a “reconciliation plan” for the United States and Russia, and Mr. Gerson gave Mr. Kushner a summary.

Prince Mohammed later invited Mr. Dmitriev to the Seychelles to meet with Erik Prince, the founder of a private security company and someone the Emiratis thought represented the Trump team.

Prosecutors are continuing to examine the activities of at least five emissaries or operatives working for the prince who tried to insinuate themselves near Mr. Trump. Another investigation is examining the possibility that the United Arab Emirates used cyberespionage techniques from former American operatives to spy on American citizens.

Although he regularly visited the United States for decades, Prince Mohammed has now stayed away for two years, in part because he fears prosecutors might seek to question him or his aides, according to two people familiar with his thinking. [His brother, the foreign minister, has visited.]

5) His personal style is part of his appeal.

American officials invariably describe the prince as concise, inquisitive, even humble. He pours his own coffee. To illustrate his love for America, he tells visitors he has taken his grandchildren to Disney World incognito.

He also tells American visitors that his dread of the Muslim Brotherhood comes from firsthand experience, when a teacher attempted to indoctrinate him. He argues that the Arab world is not ready for democracy because it would elect "Islamists".