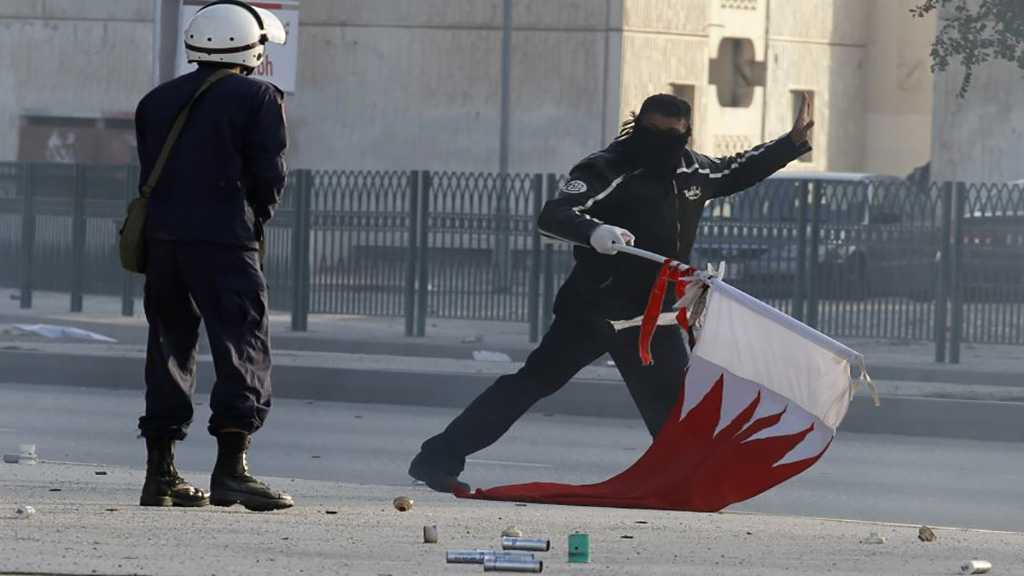 Amid the ongoing crackdown against political activists, the Bahraini regime warned citizens and residents that following anti-government social media accounts could result in legal action, hardening a government campaign against critical online voices.

The interior ministry sent text messages to Bahraini phones late last week warning that “following accounts which are biased or incite discord could expose you to legal liability”.

The government had said in mid-May that “promoting” views on such accounts would result in legal measures being taken, but singling out the specific act of following critical accounts for legal action is a new development.

Since a 2011 peaceful uprising in which dozens were martyred and saw troops sent in from neighboring ally Saudi Arabia, Bahrain has pursued a wide-ranging security crackdown.

Hundreds have been imprisoned and stripped of their nationality, sometimes in mass trials, and the main opposition parties have been banned.

Most opposition figures are now either imprisoned or have fled abroad. In this respect, the UN and rights groups have accused authorities of torture in detention.

The push began in mid-May when the interior ministry said it was taking legal steps against people running accounts from “Iran, Qatar, Iraq and some European countries such as France, Germany and Australia”.

It urged people to avoid dealing or interacting with such accounts and said legal measures would be taken against people “promoting their messages”.

Then on Thursday, the ministry tweeted that following and circulating “inflammatory” social media accounts that promote “sedition” would expose people to legal liabilities.

“Closing them immediately is a national duty,” it said.

An expanded ministry statement on Saturday claimed these instructions do not impinge on freedom of speech as such content “intends to harm civil peace and the social fabric”.