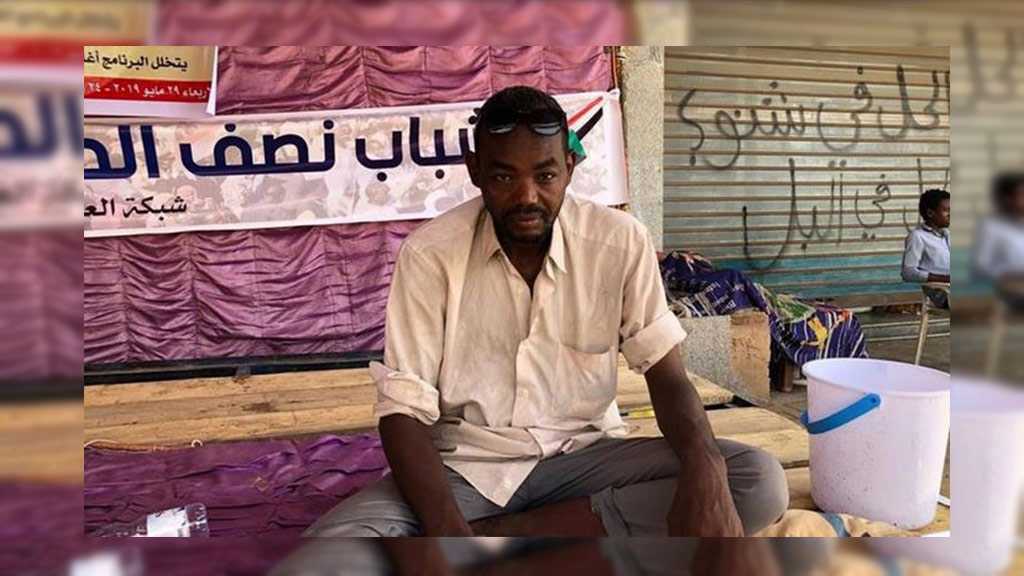 Tens of thousands of protesters continued demonstrating in Khartoum on Friday, a day after the Transitional Military Council [TMC] said that the sit-in outside the army headquarters was a threat to the safety and security of the Sudanese people and warned action would be taken against "unruly elements".

Sudan's armed forces posted a video on its official Facebook page on Friday apparently showing young men vandalizing an army vehicle, alleging that it was shot during the sit-in.

Earlier, another video showed young men hurling rocks at moving cars near the sit-in. The caption read: "Chaos in the heart of the capital. We will put an end to the chaos, God willing."

But demonstrators say the military is using the threats as a possible pretext to break up the sit-in, because protesters want the generals of the TMC to hand power to a civilian-led administration.

Calls to protect the revolution have been the rallying cry of protesters in recent weeks after months of demonstrations led to the overthrow of longtime leader Omar al-Bashir in April in a military coup.

Protesters said they would remain on the streets until those who had supported al-Bashir gave up power as well. The Freedom and Change alliance, the group that is leading the protest movement has been negotiating with the TMC regarding a political transition, but talks have stalled.

For his part, United Nations Secretary-General Antonio Guterres on Friday called for the two sides to go back to the negotiating table and quickly reach a deal on handing over power to a civilian-led government.

Guterres said in a statement that the sides must "conclude the negotiations over the transfer of power to a civilian-led transitional authority as soon as possible".

Despite reaching an agreement on some important aspects of the transition - including a three-year timeframe and the creation of a 300-member parliament - the composition of the top body - the sovereign council remains the main point of contention. The TMC wants it to be run by the military, while demonstrators want a civilian to lead it.

"I think the TMC is acting like this because it's afraid of accountability. If a civilian government came to power, they might be held to account," Hafiz Ismail, director of Khartoum NGO Justice Africa Sudan said.

Amjad Farid, a spokesman for the protest movement, said: "What the TMC said Thursday night is an attempt to quell the sit-in, but we will never give up our peaceful protest."

The TMC's announcement came after a two-day general strike on Tuesday and Wednesday that shut down shops, markets, public transportation and banks, causing delays at the airport as part of the opposition's strategy to keep up pressure on the military.

On Wednesday a pregnant woman was killed by "stray bullets" when soldiers attempted to disperse the sit-in, the Sudan Doctors Committee said in a statement.

"I think both of TMC and opposition are playing politics and they both got something on their hands now," said Nada Hafiz, an art curator who has been protesting since April 6.

"They both want to put pressure on the sit-in just to empower themselves at the negotiating table."