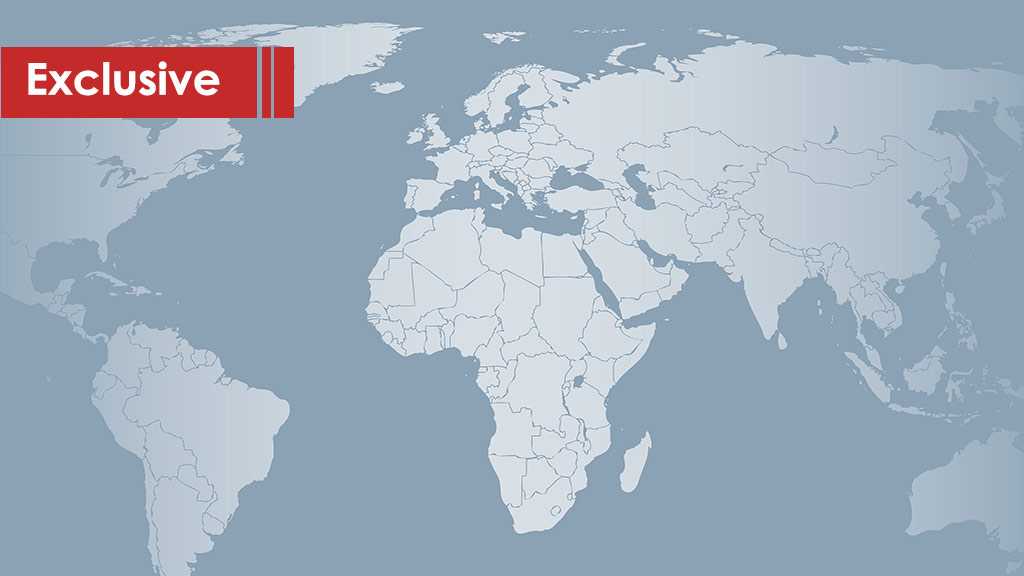 The people of the Middle East do not want foreign soldiers on their soil. Every one of our countries has laws forbidding foreigners from entering without a valid visa. We, therefore, maintain the right to pursue and detain an illegal alien within our borders and waters. Also, our national law enforcement agencies and military may sometimes be too overwhelmed with their duties. Therefore, it is the patriotic obligation of able-bodied civilians to take up arms and support our brave men and women of the armed forces in defending our borders and sovereignty.

As for foreigners who try to enter our countries with weapons in hand, we assume that they are neither seeking refuge nor a better, more authentic, way of life. The logical deduction is that they have come to cause harm and steal our riches as the American military did in Iraq. Those who invade with the intention of killing out children should not enjoy humanitarian treatment - it simply becomes a matter of survival.

Having stayed calm and peaceful in the face of almost daily provocations does not mean weakness. It is just that war is not our way. A rich culture such as ours dictates patience even in the face of trigger-happy cowboys whose hobbies include abducting and waterboarding people.

We love our land and honor international laws. We also love the leaders we have chosen for ourselves and wait for them to give the word. Once they do, martyrdom will be our aim. But, Leader of the Islamic Revolution His Eminence Imam Sayyed Ali Khamenei and Hezbollah Secretary General His Eminence Sayyed Hassan Nasrallah cling to peaceful solutions up until the very last second. They have hope in humanity and faith that people across the ocean will finally see the true nature of the greedy murderous regime that has hijacked their constitution.

People are destined to realize that Palestine was never the Promised Land for Zionists. It was actually the United States and they, the Zionists, succeeded in creating their government in Washington D.C. a long time ago. What is now called “Israel” is just an outpost of destruction and terrorism run by the same warmongers who hijacked the White House. They did that using the mafia, shady banking establishments, and mega-corporations. The people will soon begin to question why any politician running for office needs to sign documents forbidding him or her from revealing or opposing the daily “Israeli” crimes and genocide against the indigenous people of the Middle East, mainly the Palestinians.

Once awareness has been reached, the people will hold their regime responsible for tarnishing their nation’s name and sending their sons and daughters to kill innocent children in the very spot of earth that gave the world Jesus, Moses, and Mohamed (PBUH). Someone is destined to reveal that Trump must have bought shares in a company that produces body bags. That is why he is so eager to send their children to start a war in the Middle East. We just hope they realize all that before it is too late.

In our culture, a guest is honored. He gets the best room in our house and eats before we do. Nevertheless, he needs to be invited first. Entering our house without permission makes him a trespassing thieving criminal. What does the American law say about trespassers who break and enter with premeditated intentions to kill?

Trump should have someone explain to him that the Middle East is not like the fiction movies he depends on for information. We are not represented by some puppet presidents and kings that the British helped place in power and our unity is most definitely not limited by religion or ethnicity. We are Arabs, Persians, Phoenicians, Semites, Arians, Shiites, Sunnis, Maronites, Druze, Jews, and so much more. Our Orthodox Christians respect His Eminence Sayyed Nasrallah just like our Shiites respect Archbishop Theodosios of Sebastia. And while this someone is at it, he might as well explain to Trump how there really is no Captain America or Wonder Woman; there are real heroes in the world but they are 15-year-old boys from Gaza who stand for honor, dignity, and patriotism.

We hope that Americans listen to reason and not to the latest edition of Zionist puppets they have in the White House. A man who sells arms to the Saudis for the purpose of butchering Yemeni children is nothing less than ethically challenged. It is their choice whether they really want him to lead them or not; it doesn’t really concern us as long as he doesn’t lead their tanks in the direction of our children.

The Middle East is not the Wild West; it is not a frontier up for grabs. Centuries of persecution by the Ottomans failed in bringing us to our knees. Why would anyone think that a few metal boats enjoying the sunshine of our Mediterranean can steal our land? They might have a chance if they had Tony Stark on board one of them but the last time we checked, Iron Man was fiction just like what they call the "deal of the century".