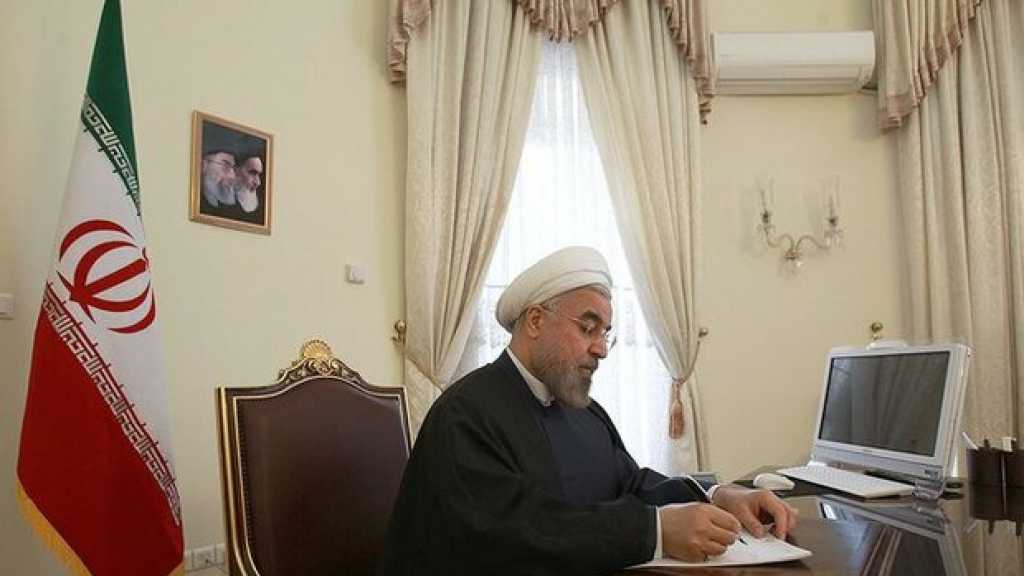 On the 40th anniversary of the International Quds Day, the Iranian President Hassan Rouhani penned a letter to heads of Islamic states to warn them against US and Israeli devised peace plan for Palestine dubbed “the Deal of the Century”.

Rouhani warned against the dangerous regional aspects of the scheme and urged leaders of Islamic countries to counter the plot and defend Palestine.

"At a time when the Muslim world needs maximum solidarity, convergence and cooperation in the face of a common enemy, we are unfortunately witnessing some divisive measures aimed at diverting the Muslim world's public opinion from the Palestinian issue as the main issue of the Muslim world," Rouhani said in his letter.

He criticized Muslim states for refusing to show 'an appropriate reaction' and remaining indifferent to the so-called 'the deal of the century', saying the 'ominous plot' seeks to destroy the Palestinian cause and promote occupation and aggression against all Muslim countries.

"This plan has dangerous regional aspects and its owners are trying to destroy the absolute right of the Palestinian people to determine their own fate and establish a sustainable independent government in their own historic land with East Jerusalem al-Quds as its capital," Rouhani stated.

The Iranian president added that the US’ recognition of al-Quds as “Israel's” capital and the relocation of Washington's embassy from Tel Aviv to the holy city, as well as declaring “Israeli” sovereignty over Syria's Golan Heights show Washington's "overt hostility not only against the Palestinians but against the entire Muslim world.

“Such measures are in blatant violation of principles of international law and all resolutions and decisions of the Organization of Islamic Cooperation [OIC] and the beginning of a dangerous trend against Muslim nations,” Rouhani pointed out.

He said Muslim countries should end their disputes and use the Mecca summit to counter "the dangerous conspiracy of deal of the century" and defend Palestine.

Expressing Iran's readiness to cooperate with Muslim countries to introduce an urgent plan to counter the "big threat against the Muslim world", Rouhani called on all OIC member states to use the opportunity of the Mecca summit to counter the "dangerous conspiracy of 'the deal of the century' and defend Palestine.”

Furthermore, while attending the public rallies in Tehran today to commemorate Quds Day, Rouhani told reporters that the 'Deal of the Century' will not succeed.