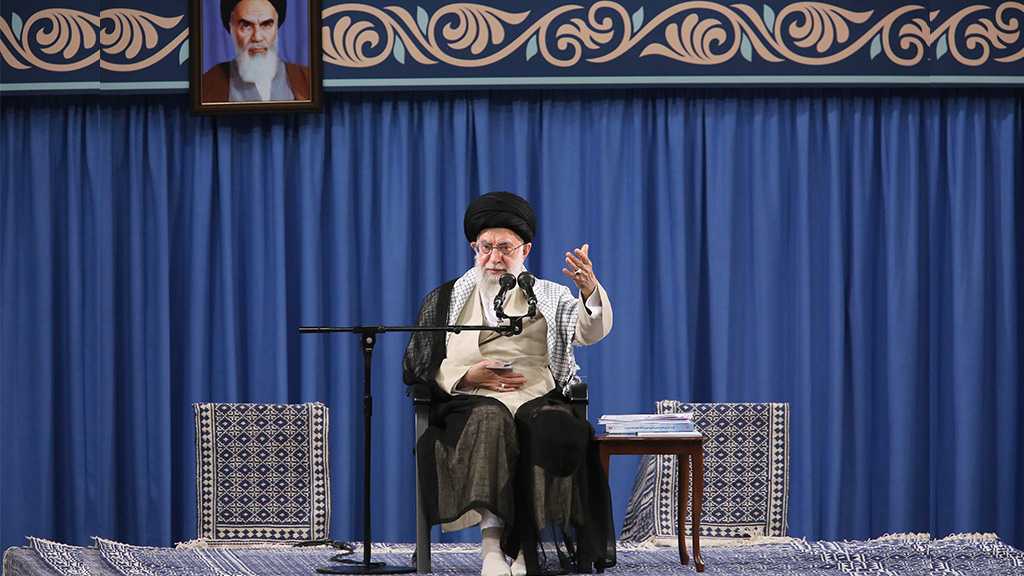 Leader of the Islamic Revolution His Eminence Imam Sayyed Ali Khamenei ruled out the possibility of talks between Tehran and Washington, saying such negotiations will be “fruitless”, “harmful”, and “a total loss”.

“The Islamic Republic of Iran will absolutely not sit for talks with America … because first, it bears no fruit and second, it is harmful,” Imam Khamenei said in a meeting with a number of university professors, elites and researchers in Tehran on Wednesday.

Imam Khamenei referred to negotiation as a tactic used by Americans to complement their strategy of pressure. “This is actually not negotiation; it’s rather a means for picking the fruits of pressure.”

The only way to counter this trick, His Eminence said, is to utilize the means of pressure available for use against Americans. “If they are used properly, the Americans will either stop or decrease pressures.”

However, Imam Khamenei further warned against being deceived by the US plot, saying that the Islamic Republic must use the leverage at its disposal to counter the US’ pressures; otherwise, being deceived into negotiation would be a “total loss”.

Imam Khamenei said Iran’s leverage is not military unlike what the anti-Iran propaganda says, even though that option is not off the table in case of necessity.

His Eminence referred to the recent decision by the Supreme National Security Council to reduce some of Iran’s commitments under the 2015 nuclear deal with the world, and described it as one of the means that Iran can use against the US’ pressures.

“The leverage Iran has used for now is the recent SNSC decision, but we won’t remain at this level forever, and in the next phase, if necessary, we’ll use other means of pressure,” Imam Khamenei warned.

Back on May 8, 2019, on the anniversary of the US’ withdrawal from the Joint Comprehensive Plan of Action (JCPOA), Iran said that it will halt implementing some terms of the nuclear deal until parties to the deal other than US take action to mitigate the negative impacts of US decision in May 2018 to withdraw from the agreement.

The Islamic Republic considers that other parties to the JCPOA, particularly the E3 - France, Britain, and Germany - have failed so far to compensate for the US withdrawal and help Iran reap the economic dividends of the 2015 nuclear deal.