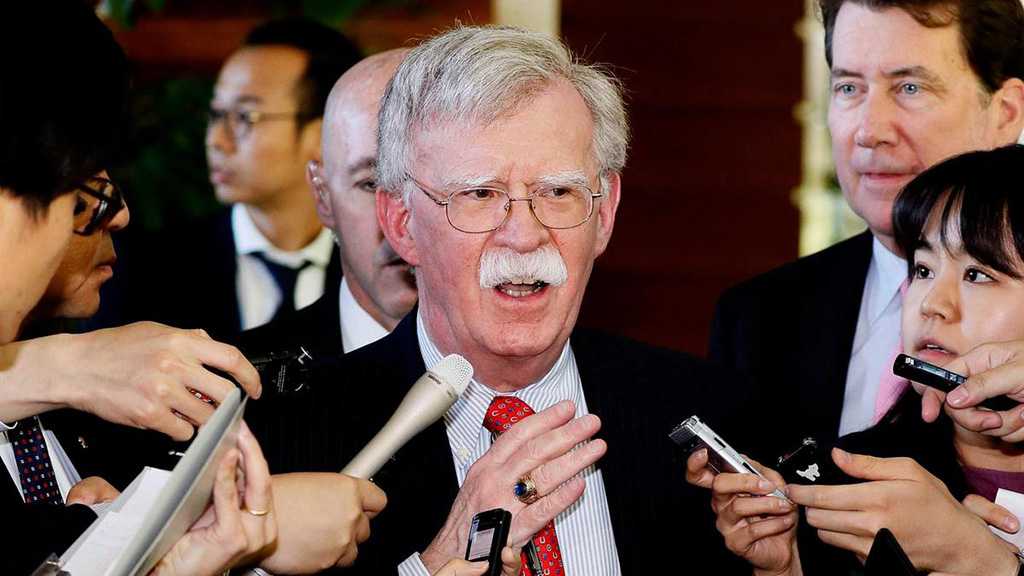 US National Security Adviser John Bolton claimed that attacks on oil tankers off the coast of the United Arab Emirates this month were the work of "naval mines almost certainly from Iran", without offering evidence.

Bolton’s Wednesday comments came during a briefing to journalists in the Emirati capital of Abu Dhabi.

"It's clear that Iran is behind the Fujairah attack. Who else would you think would be doing it? Someone from Nepal?" he told journalists at the US embassy briefing regarding the May 12 attacks.

"There is no doubt in anybody's minds in Washington, we know who did this and it's important Iran knows we know," he added.

Iran, for its part, denied involvement in the oil-tanker attacks and accused the US of fabricating crises in the Gulf.

Bolton also said there was a failed attack recently on the Saudi oil port city of Yanbu.

The city is the final point of Saudi Arabia's east-west pipeline, which was recently targeted by Yemen's Ansarullah revolutionaries in a coordinated drone attack.

Bolton claimed he suspected Iran was behind the failed attack, but did not elaborate or give evidence for the claim. Tehran has denied any involvement in the attacks.

Officials in Saudi Arabia could not be immediately reached for comment.

Bolton also told reporters that the US was trying to be prudent in responding to alleged activities of Iran and its proxies in the region and dismissed the idea there was any difference between his positions and that of US President Donald Trump.

Bolton said that there was "no reason" for Iran to breach the terms of its 2015 nuclear deal with world powers other than to seek atomic weapons.

Speaking to journalists ahead of meetings he planned with top Emirati officials, Bolton said: "There's no reason for them to do it unless it is to reduce the breakout time to nuclear weapons."

A longtime hawk on Iran, Bolton is visiting the UAE amid heightened tensions across the Gulf.

Bolton tweeted he had arrived in the Emirates for meetings on Wednesday "to discuss important and timely regional security matters".

The US recently deployed an aircraft carrier and B-52 bombers to the Gulf over a still-unexplained threat it perceives from Tehran. The US also pulled nonessential diplomats out of Iraq and sent hundreds more troops to the region.

The US unilaterally pulled out of a nuclear deal with Iran and world powers a year ago.

Iran now says it too will begin backing away from the accord.

On Monday, Iranian Foreign Minister Mohammad Javad Zarif said Iran was not seeking nuclear weapons and accused the US of causing regional tensions and "hurting the Iranian people".