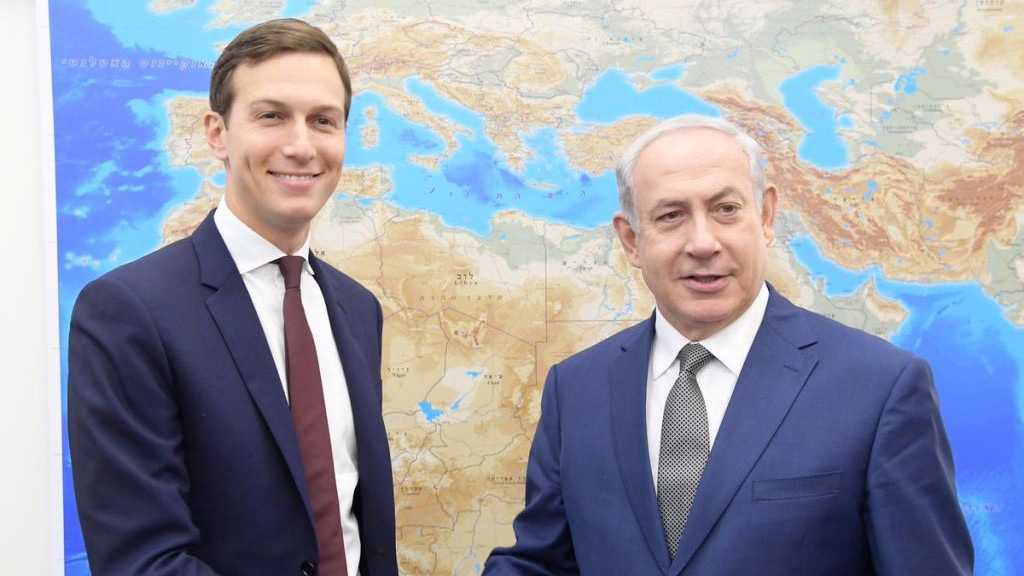 US President Donald Trump's son-in-law and senior adviser Jared Kushner is heading to the apartheid “Israeli” entity soon amid political unrest. This comes as “Israel” is facing a possible second election, less than two months after Prime Minister Bibi Netanyahu was reelected.

Netanyahu has 48 hours to form a new government, after “Israel's” parliament Monday passed a preliminary motion to dissolve. If that bill passes when it comes up for a vote Wednesday, “Israel” would have to hold new elections, less than two months after its election. Netanyahu is expected to be indicted on corruption charges.

A State Department spokesperson told reporters in a briefing Tuesday that she wasn't sure what Hook's role is on the trip, but would get back to reporters with more details later.

The White House has yet to roll out its complete “Deal of the Century” scheme, but is expected to soon.