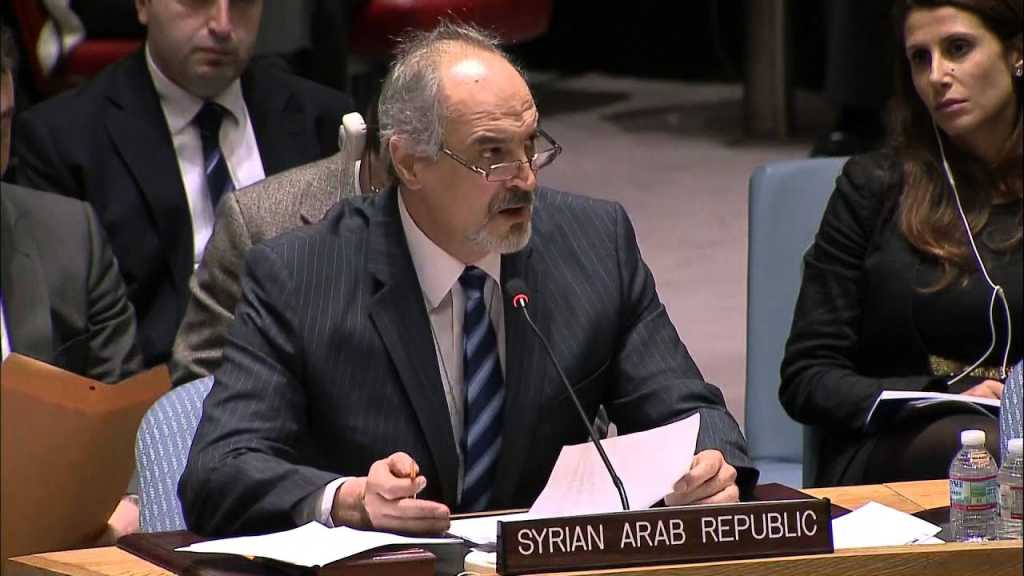 Syria’s permanent representative to the UN Bashar al-Jaafari said on Tuesday that al-Nusra Front terrorist organization, which controls the majority of Idlib province, continues its aggression on the neighboring regions and army sites, and it is Syria’s right and duty to protect its citizens from terrorism.

“Syria will liberate all its territory from terrorism and from any illegitimate foreign presence in the country,” al-Jaafari added at a UN Security Council session on the situation in Syria.

“Some SC member states have worked, since the beginning of the crisis, to exploit the humanitarian issue in order to defame the efforts of the Syrian State’s institutions, distort its image and stir up the public opinion against it,” al-Jaafari stressed.

“Syria will spare no effort to rescue its citizens from the dominance of terrorist organizations in Idlib which take people as human shields and to put an end to the attacks of those terrorists on civilians in the neighboring towns and cities.”

He further urged the concerned countries to withdraw their terrorist nationals, estimated at tens of thousands, from Syria immediately and bring them to justice for their crimes against humanity.

Al-Jaafari added that the US occupation forces and their affiliated terrorists still seize thousands of civilians at al-Rukban camp in al-Tanf, prevent them from returning to their areas and reject to remove the camp. In this regard, he called on the UNSC to force the US to abstain from obstructing the Russian-Syrian efforts to end the suffering of the camp’s residents.

“The presence of any foreign military forces on the Syrian territory, without the Syrian government acceptance, is an aggression and occupation,” al-Jaafari said, calling on the UNSC to immediately move and stop the practices of the Turkish regime that aim at changing the demographic nature of the regions its occupies.

He said just like what happened when the Syrian army advanced in Eastern Ghouta and Aleppo, we witness statements issued by senior US, UK and French officials threatening to move when ‘chemical weapons’ are used, as if they tell the terrorist groups that the only way to rescue them is the use of chemical weapons to accuse the Syrian government of using them.