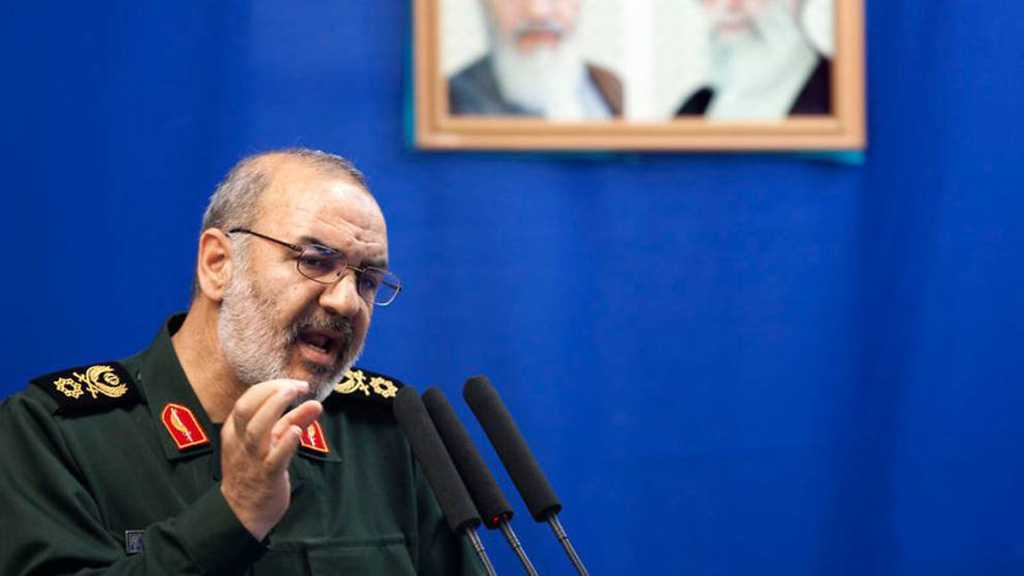 Chief Commander of the Islamic Revolutionary Guard Corps [IRGC] Major General Hossein Salami said the country’s enemies have unsuccessfully exhausted all of their capacity for various types of warfare against the Islamic Republic.

Speaking on Tuesday, Major General Salami said Iran’s enemies had already attempted maximum pressure against Iran in every area — including economic, cultural, and political ones — to no effect.

“Today, we are a great and invincible power because we have experienced and defeated all of the enemy’s scenarios,” Salami said. “We have been able to shatter enemy psy-ops and dry up the enemy’s capacity for war.”

He further stressed that the power of Iran’s enemies was on the decline whereas the Islamic Republic’s might was growing.

“Today, Iran’s reach is no more confined to within its borders; today, Iran is a robust power in the region.”

The United States recently took a quasi-warlike posture against Iran when it dispatched an aircraft carrier strike group, a bomber task force, and an amphibious assault ship to the Gulf, citing an alleged Iranian ‘threat.’

Iran, however, repeatedly stressed that it posed no threat to anyone but would defend itself against any aggression.

In this regard, Salami reiterated that Iran was undaunted.

“We are not worried by enemy intrigues and are in the last phase of the battle against it,” he said. “We have received so many threats with which we are saturated.”