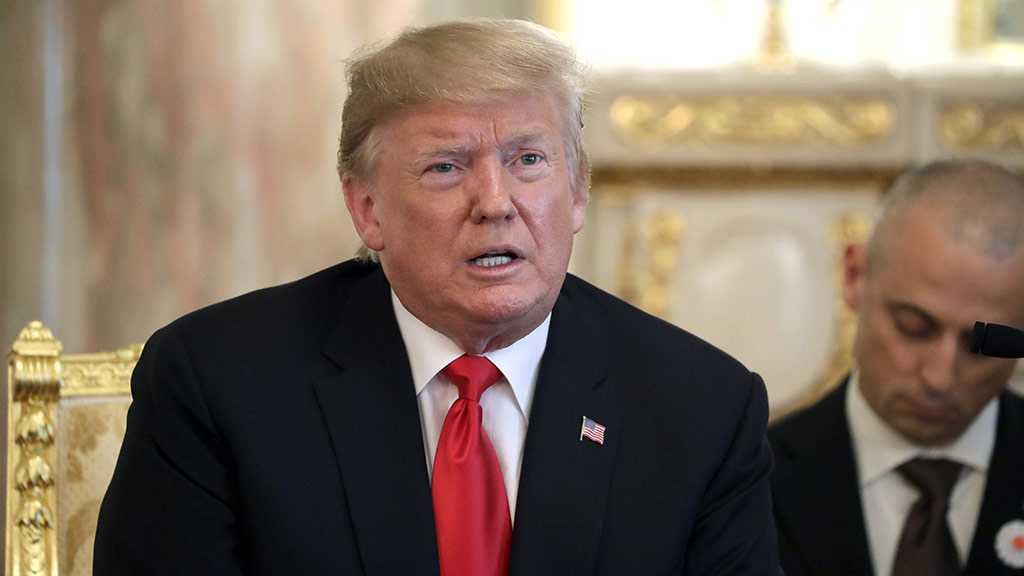 US President Donald Trump on Monday held out the possibility of negotiations with Iran as he met with Japanese Prime Minister Shinzo Abe, who is reportedly weighing a trip to Tehran.

“We’ll see what happens, but I know for a fact that the Prime Minister [Abe] is very close with the leadership of Iran… nobody wants to see terrible things happen, especially me.”

Earlier this week, the United States said it was deploying 1,500 additional troops to the Middle East to counter “credible threats” from Iran in a move denounced by Tehran on Saturday as “a threat to international peace.”

The escalation of the US military presence follows a decision in early May to send an aircraft carrier strike force and B-52 bombers in a show of force against what Washington’s leaders believed was an imminent Iranian plan to attack US assets.

The new deployment includes reconnaissance aircraft, fighter jets and engineers. Six hundred of the personnel belong to a Patriot missile defense battalion that had its deployment in the region extended.

Pentagon officials said the move was necessary after multiple threatening actions and several small-in-scope attacks in May by Iranian forces, the Iranian Revolutionary Guard Corps, and “proxy” forces.

Those include a rocket launched into the Green Zone in Baghdad, explosive devices that damaged four tankers in Fujairah near the entrance to the Gulf, and an Ansarullah drone operation against a Saudi oil installation.

Iran has denied involvement in any of the attacks.

Pentagon officials have stressed that the US does not seek war with Iran.

“Our policy remains an economic and diplomatic effort to bring Iran back to the negotiating table to encourage a comprehensive deal that addresses the range of their destabilizing behavior in the region,” said acting Assistant Secretary of War Katie Wheelbarger.