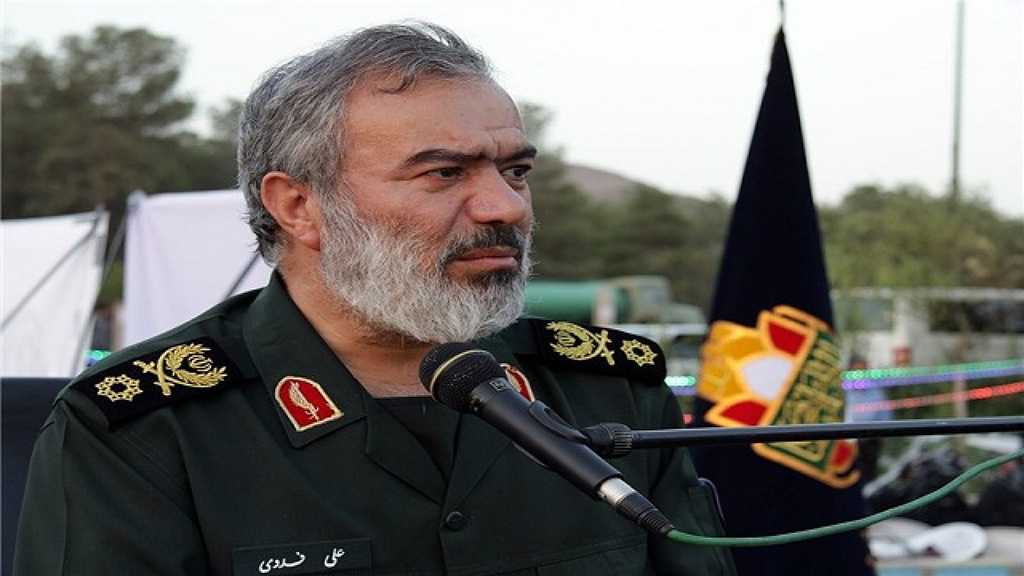 Rear Admiral Ali Fadavi, the second-in-command of the Islamic Revolutionary Guard Corps [IRGC] said the US’ presence in the Middle East is at its "weakest in history" of Washington's military presence in this region, amid spiraling tensions between the two countries.

"The Americans have been present in the region since 1833 and they are currently at the weakest state throughout the history of their presence in West Asia, and have the minimum number of warships in the Persian Gulf," Fadavi said in an interview with Fars news agency on Sunday.

He added that the Americans have even stopped the USS Abraham Lincoln aircraft carrier, which had been scheduled to move towards the region, in the Indian Ocean, and have avoided bringing it to the Gulf due to "the fear they feel" of Iran's power in the region.

The US remarkably stoked tensions with Iran in May 2018 when its President Donald Trump pulled his country out of the nuclear accord, officially known as the Joint Comprehensive Plan of Action [JCPOA], and re-imposed harsh sanctions against the Islamic Republic in defiance of global criticisms.

The tensions saw a sharp rise on the first anniversary of Washington’s exit from the deal as the US moved to ratchet up the pressure on Iran by tightening its oil sanctions and building up its military presence in the region.

Washington has since then ratcheted up the pressure on Iran, sending military reinforcements, including the USS Abraham Lincoln aircraft carrier strike group, a squadron of B-52 bombers, and a battery of patriot missiles, to the Middle East.

On Friday, the Pentagon announced that 1,500 additional troops would be sent to the Middle East in what officials described as a “force protection” measure against alleged Iranian threats. Trump also claimed the deployment is "mostly protective."

Elsewhere in his remarks, Fadavi lashed out at the US for conducting psychological operations against Iran, describing them as an act of evil.

He emphasized that the fighters loyal to the Islamic Revolution routed terrorists in various parts of the Middle East, “and today, there is no sign of self-proclaimed terrorist states in the region.”