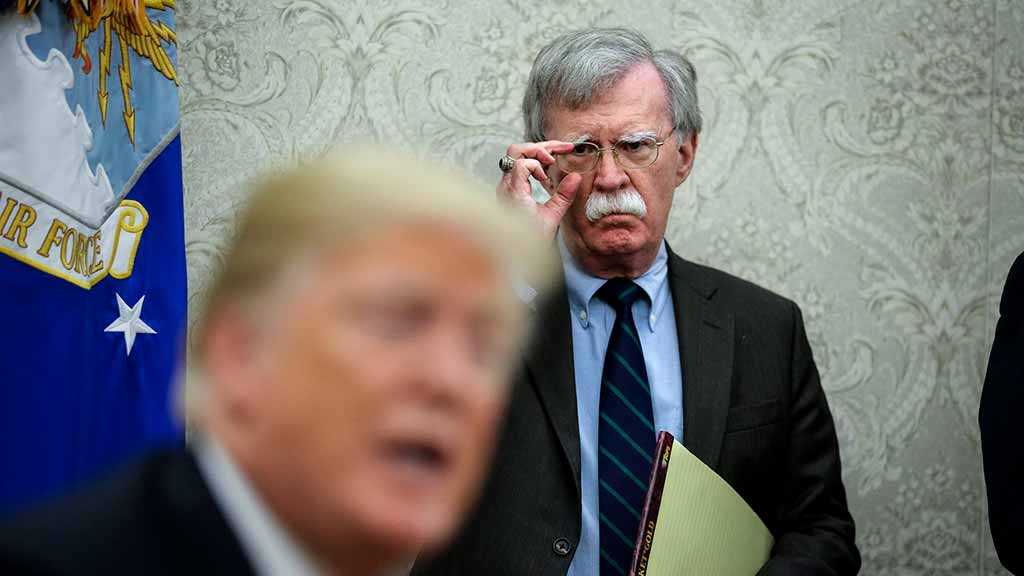 US National Security Adviser John Bolton said at a press roundtable in Tokyo ahead of a four-day state visit to Japan by US President Donald Trump that recent attacks on oil tankers and pumping stations were a "manifestation of concerns" about Iran, Reuters reported Saturday.

Bolton claimed that Washington has "deep and serious" intelligence on the threat posed by Iran but declined to provide any details.

On 12 May, four oil tankers, including two Saudi vessels and a UAE-flagged ship, were targeted by a mysterious attack near the UAE’s exclusive economic zone. Although no one has claimed responsibility for the sabotage, US Secretary of State Mike Pompeo claimed on Tuesday that it was "quite possible" that Tehran was behind it.

The attack comes as tensions have further escalated between the United States and sanctions-battered Iran after the former boosted military presence in the Gulf region earlier in May, deploying a bomber task force and an aircraft carrier to the region.

Meanwhile, Pompeo confirmed in a press release on Friday that the United States had approved $8.1 billion in arms sales to Saudi Arabia, Jordan and the United Arab Emirates [UAE] in an effort to deter the alleged threat posed by Iran.

Pompeo said this move would be a "one-time event." He emphasized that these arms transfers were critical for partners of the United States in the region to be able to provide for their own self-defense and to back US forces.

On Friday, US President Donald Trump said that Washington would deploy some 1,500 additional troops to the Middle East. Trump, however, said earlier that Washington hoped that the situation would not come to war.

Leader of the Islamic Revolution His Eminence Imam Sayyed Ali Khamenei has said that Iran does not intend to wage war with the United States, but will continue to resist Washington.

US-Iran tensions sparked last year when the United States unilaterally withdrew from the JCPOA and re-imposed sanctions on the Islamic republic. On 8 May, Iran announced its own decision to partially discontinue its obligations under the nuclear agreement.

Bolton also commented on the recent North Korean missile launches, saying that Washington would not change its position from the one outlined at the last summit in Hanoi.

"The UN resolution prohibits the launch of any ballistic missiles […] Trump has held the door open for Kim", Bolton said at a press roundtable in Tokyo.

The second summit between US President Donald Trump and North Korean leader Kim Jong-un, which was held in Hanoi in February, concluded with no agreement signed, and denuclearization talks between the two countries reached a deadlock.

Washington demands that Pyongyang completely dismantle nuclear facilities in the country in order to get sanctions relief, while North Korea wants a portion of restrictions lifted before denuclearization begins.

Earlier in May, North Korea tested multiple ballistic missiles from a location in the country's northwest. They flew eastward, over Japan, to distances in excess of 186 miles. Several nations condemned the missile tests, saying that Pyongyang violated UN Security Council resolutions.