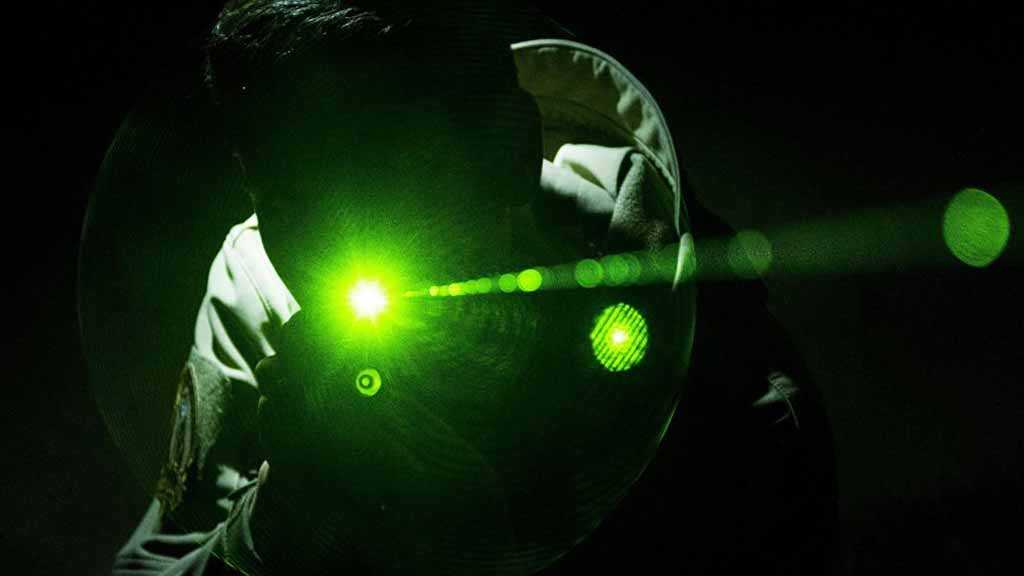 The police have discovered several laser pointers at the suspect's house. According to Kyodo, the man has already pleaded guilty, admitting he started targeting US military planes about three years ago.

The authorities suspect him of pointing a laser beam at a US aircraft with four people onboard in February.

The pilot had to abort the training mission, citing a security threat.

Over the last year, the US airbase registered about 40 attempts to flash-blind pilots, but at the moment there is no official information about the suspect being involved in other cases.