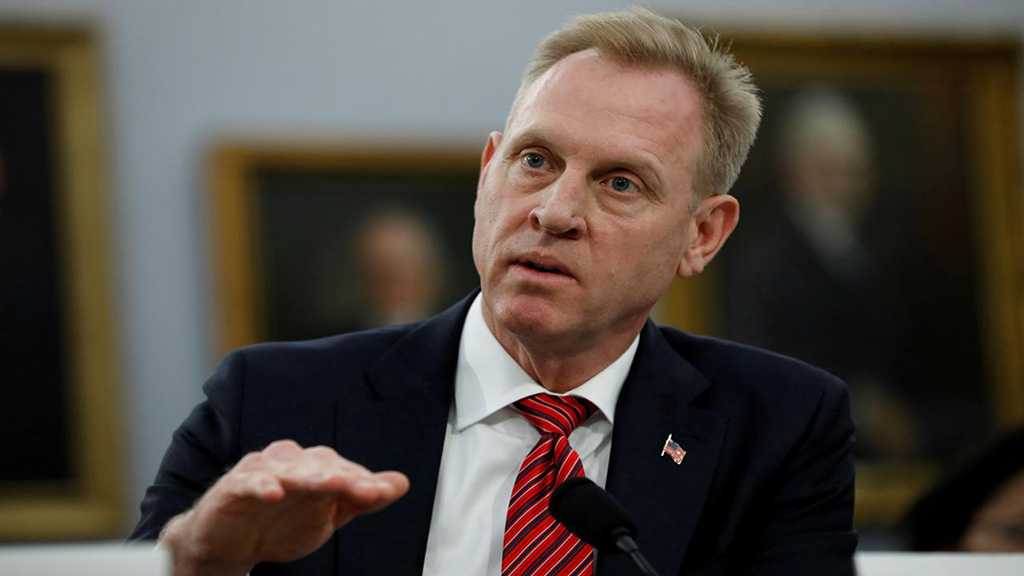 Pentagon Chief Patrick Shanahan claimed on Tuesday that the United States had "put on hold" the Iranian ‘threat’ to its interests, following a spike in tensions that has seen the US dispatch bomber aircraft to the Gulf.

"I think our steps were very prudent and we've put on hold the potential for attacks on Americans," the acting war secretary added, as he prepared to brief lawmakers on the regional tensions.

"I'd say we're in a period where the threat remains high and our job is to make sure that there is no miscalculation by the Iranians," Shanahan added.

The Pentagon accelerated the deployment of an aircraft carrier strike group to the Gulf and dispatched B-52 bombers to the region on May 7 after US intelligence reported Iranian "threats" to the US and allied forces.

Relatively, Iranian President Hassan Rouhani on Tuesday asserted that US President Donald Trump had retreated from earlier threats against Iran "after seeing the unity of the Iranian people".

In comments broadcast on state television, Rouhani said that Iran would "not bow to bullying powers".

"They thought they could undermine Iran, but in these difficult days of [US] sanctions, the country’s economy is still booming," he said. "Every day, a new economic project is inaugurated.”

"US sanctions and pressure have made the lives of the Iranian people more difficult, but they have failed to break our steadfastness," Rouhani added.