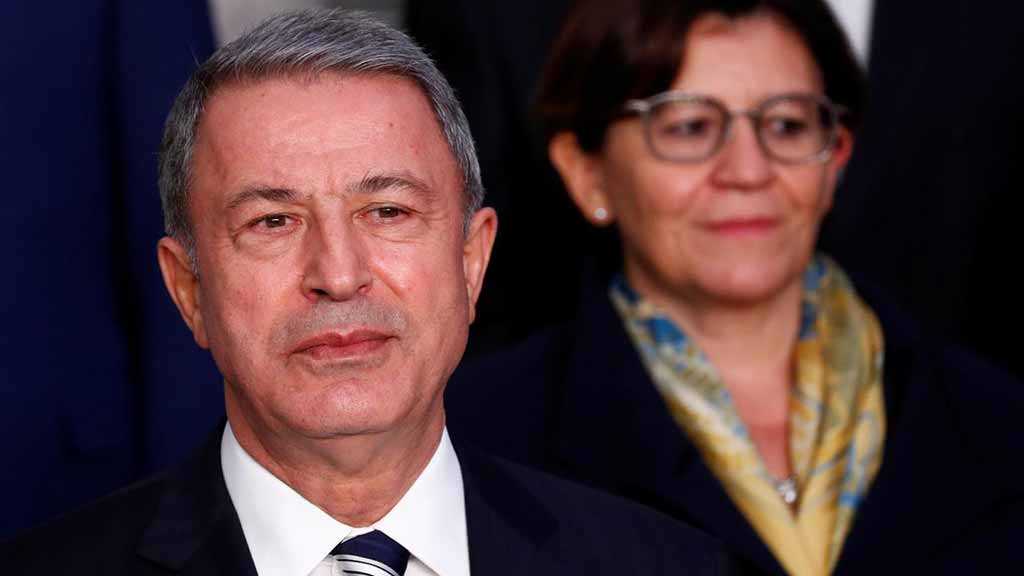 Turkey will not evacuate its military observation post in northern Syria's Idlib, the last militant stronghold in the region, after a suspected Syrian operation this month, Turkish Defense Minister Hulusi Akar said.

Turkey's state-run Anadolu news agency has said that Syrian Army has carried out at least three operations near a Turkish observation post in the Idlib de-escalation zone, one of 12 posts set up under an agreement between Turkey, Russia and Iran last May.

"Evacuating the observation post in Idlib after the regime's attack is definitely not happening, it won't happen anywhere," Akar told reporters late Tuesday.

"The Turkish Armed Forces will not retreat from where it is located."

More than 3 million people live in Idlib and surrounding areas.

At least 180,000 people have fled an upsurge in violence in northwest Syria.

Since last year, the region has been partly shielded in a ceasefire brokered by Russia and Turkey, but much of the recent fighting has hit that buffer zone.

The possibility of an Idlib offensive has drawn warnings of yet another humanitarian catastrophe, with the United Nations warning that up to 2.5 million people could flee toward the Turkish border in such a scenario.