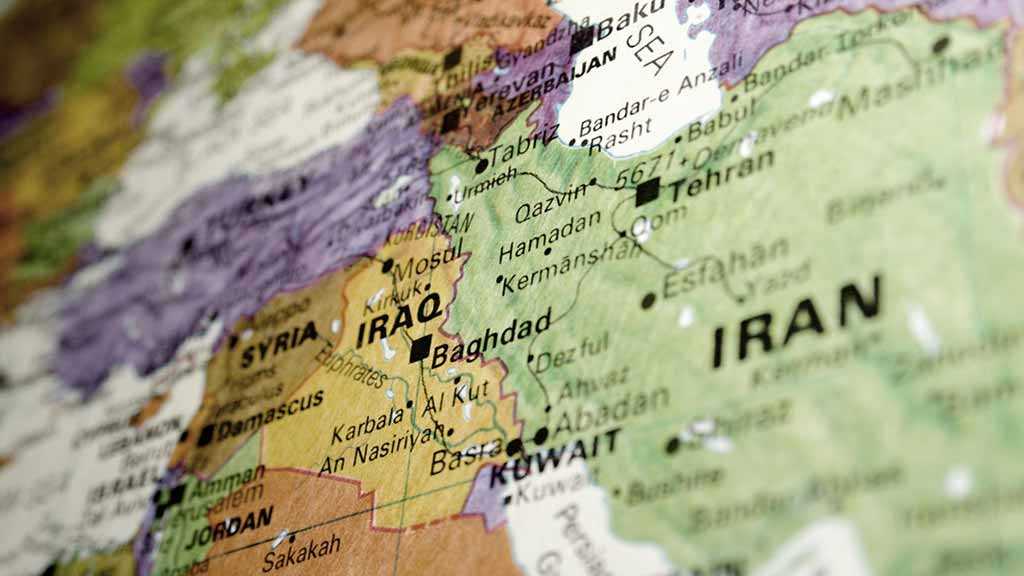 By Will Walldorf & Andrew Yeo, The National Interest

National Security Advisor John Bolton is trying to push the United States into a regime change war in Iran. In historical terms, this is not new for US foreign policy. From Korea, Vietnam, and El Salvador during the Cold War, to Afghanistan and Iraq in the 2000s, hawkish advisors have often goaded US presidents into wars to either overturn or prop up foreign governments.

In the early 1980s, Secretary of State Al Haig and National Security Advisor William Clark played, for instance, the part that Bolton plays today. Both used an array of methods—from a white paper with fabricated intelligence about communism overrunning Central America to provocative military exercises and loose talk about using “whatever means” necessary—to pressure President Ronald Reagan to use direct force in El Salvador.

Sound familiar? It should. Today’s hawks like Bolton have adopted similar tactics to press their agenda of a US regime change war in Iran. From evacuating embassies and warnings about unspecified threats, to efforts to challenge Iran into aggressive action and talk of “all options on the table,” the pressure campaign for war appeared to be in full swing last week.

Ultimately, the hawks failed in the case of El Salvador. President Ronald Reagan adopted a less strident policy that achieved US security objectives without resorting to direct military intervention. How do we ensure the same today in US policy toward Iran?

One important factor could be President Donald Trump’s own personal sensibilities. Despite his tough bluster on many foreign-policy issues [including Iran], Trump has demonstrated from Syria to North Korea and Afghanistan a consistent tendency toward noninterventionism. In the escalating tension with Iran, he expressed the same as well. When responding to a question if the United States was going to war with Iran, Trump stated, “I hope not.”

Trump’s caution is undoubtedly a good thing. However, relying on that alone to keep America out of Iran is a dicey proposition for many reasons. Chief among them, other presidents in history have shown equally if not stronger tendencies toward restraint and gone ahead with major regime change invasions all the same. Presidents Lyndon Johnson and George W. Bush offer the classic examples, of course. Both expressed deep skepticism about regime change wars and nation-building, then went on to oversee wars in Vietnam and Iraq, arguably two of the greatest blunders in the history of US foreign policy. Without a doubt, regime change and reconstruction in Iran—a country four times the size of Vietnam and Iraq—would be an even greater mistake. The costs would almost surely precipitate US decline and prove the final death knell of the American century.

Steps must be taken, then, to reinforce Trump’s noninterventionist sensibilities in Iran. History [including the El Salvador case] offers important lessons on how to do this. Above else, it shows that traumatic lessons of pain and failure from prior regime change wars are salient with the US public. Additionally, broad national discussions about these past mistakes can serve as powerful tools for constraining similar action in the present. Strong public debates – usually led by opinion leaders, members of Congress, and various interest groups – ignite public fears of a repeat of past traumas. This, in turn, raises the political costs of military action, deterring presidents from pursuing forceful regime change.

El Salvador offers a good example. In the early 1980s, the painful memories of the Vietnam War hung over the US public like a cloud and shaped debates about foreign policy in general. Efforts like those by Haig and Clark in El Salvador sparked a fierce public debate. Pushback from pundits and members of both political parties in Congress stoked fears of “another Vietnam,” which quickly swamped the entire debate about Reagan’s policy in Central America. Reagan’s moderate advisors used the Vietnam syndrome backlash to impress upon the president the political dangers of an overly hawkish policy, which steered the president away from using direct force in El Salvador.

Similar syndrome-based political pressures led Reagan to later reject proposals for direct US military action in places like Suriname, Chad, Sudan, and the Philippines. Tellingly, in the one regime crisis during the Reagan years – Grenada – where no such public discourse emerged or appeared on the horizon [due in large measure to the distraction of other issues, especially the bombing of the US Marine barracks in Beirut], hawks inside the administration found more room to operate. Consequently, US Marines toppled Grenada’s communist government in 1983.

To ensure we stay out of Iran today, we need a restraint-based public debate like El Salvador. Fortunately, there is fertile ground for this conversation. The painful lessons of the 2003 Iraq War hang over the US public in ways similar to Vietnam during the 1980s. Furthermore, evidence indicates that this powerful Iraq syndrome has constrained the use of military force like its Vietnam predecessor. Whether right or wrong, we know from insider accounts that an extensive public debate around the worries of “another Iraq” led President Barack Obama to avoid using ground troops in Libya in 2011 and to choose against force of any kind in Syria, especially at the critical juncture of whether or not to enforce the chemical weapons “red line” in August 2013. Similar insider accounts indicate the Iraq syndrome mattered even during the late years of the Bush administration. In 2007, concerns about domestic political costs led Bush to turn aside, for instance, proposals from hawks in his administration for military strikes against both Syria and Iran.

The same approach can be used to put the brakes on escalating tensions with Iran. Public anxiety and aversion toward Iraq-style wars remain high. A 2019 Gallup poll finds that 79 percent of Americans view Iraq as mostly or very unfavorable. A 2018 Pew survey finds a plurality still believe that the United States made the “wrong decision” with the 2003 invasion of Iraq. Pundits and members of Congress from both parties need to tap into the trauma narrative of Iraq. Doing so can stir the voice of restraint, ultimately steering the administration away from the use of force.

In ways perhaps unique to his predecessors, Trump is acutely sensitive to his political standing at home. Playing on these fears with a robust national discussion about the potential for “another Iraq” in Iran offers an important tool to marginalize administration hawks and create space for more creative, far less costly policy options. Otherwise, the United States appears headed toward another huge mistake in the Middle East – one far more cataclysmic than the last.